The obvious point, directly inspired by the CEO of Google: it’s cheap. Except it isn’t. Adafruit is selling a Budget and a Starter Pack that cost $29.95 and $59.95, respectively. The Budget Pack contains a Zero, SD card, USB On the Go (OTG) cable, power supply and USB cable, a mini-HDMI to HDMI adapter, and 2×20 header strip. The USB OTG is a necessity if you want to connect a USB device, yes singular, since the Zero doesn’t have a standard host USB port or a hub. But even that isn’t sufficient, as we’ll see.

The Starter Pack adds more items. The only one of import is the USB to Serial adapter should you want to work only with the Linux command line via a serial terminal. The other parts are a T-Cobbler for working with a breadboard and a WiFi dongle. Nice, but not necessities. [I did order a Starter Pack to get hands-on experience with the Zero.]

Other vendors are offering the Zero with the USB OTG and the mini-HDMI cable for around $20.00. That’s without an SD card or power supply which add around $5 apiece.

On top of all this, since there is only a single USB data port, you’re liable to need a hub. The other USB connector is for power, as with all the other Pis. And, just to be complete, you also need to purchase a GPIO header unless you’re soldering directly to the board.

Maybe you could get the necessary parts and pieces for less, but that misses the point. To work with a Zero requires spending much more than $5, and even approaches the cost of a Greater Than Zero Pi (GTZPi).

How does this make the Zero cheap? All you need to get a GTZPi working is the SD card. After that the needs are the same: standard HDMI cable, HDMI display, keyboard, and, if you want to use the GUI, a mouse.

A goal of the Pi Foundation is to encourage learning software development. The Zero runs the same software as the GTZPi and uses the same chipset as the Pi A. The Zero can therefore be used for development since the Pi A, the original Pi, was happily used by many. The software is so compatible that we’ve already seen a hack where the SD card from a Pi 2 booted a Zero.

For development you need to set up the Zero with a power supply, mini-HDMI to HDMI adapter, HDMI cable, the USB OTG cable, USB hub, a keyboard, and possibly a mouse. After some hours of work you’re ready to try the software in your device. The cables are all disconnected and the board connected to the device. Tests are run. You pull the Zero out and plug everything back together for further software work. 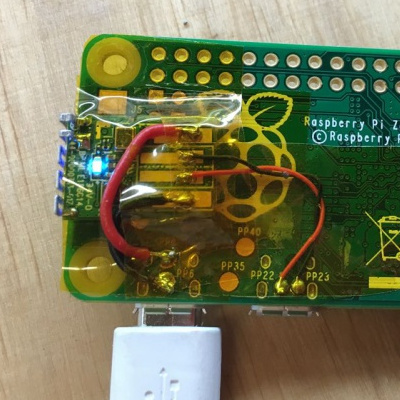 That’s going to get old really fast so you get a second Zero so one can stay in the device. Now all you need to do is swap the SD card. If you’re going to do that, you don’t need a second Zero since you can use a Pi 2 and get the advantages of its higher speed in development. Alternatively, you can use the USB OTG with a WiFi dongle, copy files to the Zero’s SD, and restart or reboot the device. Over WiFi you can also use SSH or a remote console to monitor the device’s activities.

How long did it take you to figure out all the cable connections in the second paragraph above? Do you think a student without a hacker friend will understand that? Remember, the goal is to reach students who don’t know computers.

As hackers we understand these hassles and complexities; we’re the ones who will solder a WiFi dongle directly to the Pi. This amount of hassle is discouraging to younger students who are looking for speedier results. I’m not lodging the instant gratification criticism of students here, only recognizing their lesser experience with the amount of time and effort that goes into a project.

Zero’s niche might be as an embedded controller, as I implied in the last section. If you’re going to build a small stand-alone device the Zero’s size is a boon. But nearly all devices are going to need some form of communications.  The Zero needs the USB OTG adapter to support WiFi, Bluetooth, or other wireless adapters. This defeats most of the size advantage. I’ll grant that vendors will quickly produce daughter boards in the Zero’s form factor to support communications that might offset that criticism.

The smaller Zero uses less power which is a plus but once additional peripherals are added, that advantage lessens. 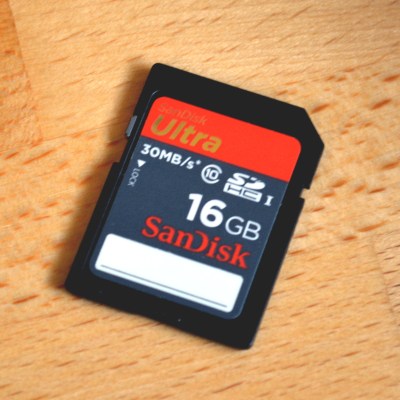 The biggest problem of the Raspberry Pi is something that has existed for years now: corrupted SD cards. This problem pops up time and time again on forums, and after Christmas will undoubtedly pop up even more.

A big reason for this is actually hardware based: no shutdown or power control. Experienced hackers know about this problem so can make sure the Linux shutdown command is somehow executed. Newbies won’t know or understand this which is going to lead to tremendous frustration over the file system corruption. This is going to be especially true of the target group of the Foundation – students. They’re going to get this new present at Christmas, immediately try to work with it, and give up after the SD card goes bad two or three times. That’s assuming the gift-giver provides all the extra pieces needed to even make the board work. Parents will probably complain that the Pi is defective since they won’t understand either.

The Zero is a nice little board providing a lot of possibilities for hackers. But if the Raspberry Pi Foundation is meaning the Zero for students I think they missed the mark big time. The add-ons needed to use the Zero for development offset the low-cost of the board and are decidedly awkward to use for development and test. The hassle is not going to encourage students to work with this board.

Then there is the reappearing power management problem with Pis. The Foundation spent a lot of time and effort on a touchscreen display but neglected a design problem with their systems. A summer intern could have produced a small daughter board to fix this problem. The frustration with this is going to drive students away.

Those are two strikes against the Zero. It is clearly not the next best thing for student Pi developers. For them it’s more like a Raspberry Pi Minus One. My advice for encouraging students is to stick with the Pi B+ or Pi 2, and ideally the latter given its better performance.

Before I go, I have to compliment Adafruit and Lady Ada. The information provided by them on the Zero is excellent. The Raspberry Pi site’s pages are missing this important data. Lady Ada’s overview of the Zero explains why each of the add-on cables are needed plus additional information on adding audio output and accessing other video capabilities. Good job.

274 thoughts on “Raspberry Pi Zero, Or Minus One?”