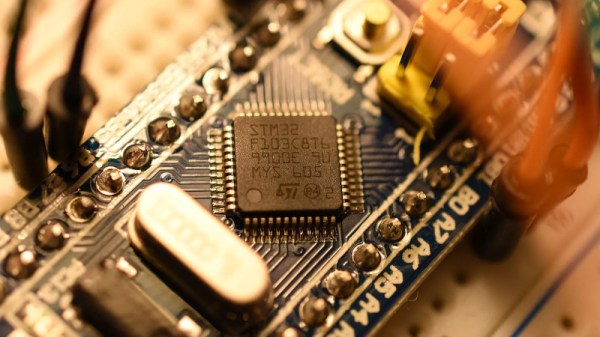 At some point when developing embedded applications, you’re going to want to store unique values in non-volatile memory, values that can’t be fixed at compilation time. Many microcontrollers have a small amount of EEPROM memory for this very purpose, but it’s usually rather limited if it’s provided at all. Even if you do have a bit of space on an EEPROM at your disposal, actually formatting your values into the memory and dealing with the pesky problem of wear leveling (necessary for parameters that need to change often) can be a bit of a hassle.

Lucky for us, [Marcelo Barros] decided to share his own implementation, Kved (key/value database) which uses the flash memory instead for such storage. Kved implements a dictionary type data structure, using numeric keys and values, supporting a few integer types. Using the library should be straightforward enough, as [Marcelo] says, all you need are a pair of spare flash sectors and the ability to port the flash the sector read, write, and erase functions. There are plenty of examples of such code available for practically any microcontroller out there, so that should be no barrier. For those who want to play with it right now, the repo currently has ports for the STM32L433RC and STM32F411CE, as well as a simulated version you can compile and run on your computer.

From an implementation perspective, the write algorithm uses a COW (Copy On Write) method. Changed values are invalidated by over-writing the storage location with all-zeros, and re-writing the changed value to a new location, cycling through the unused locations until the sector is full. Data-integrity mechanisms are implemented, preventing corruption of the data structure due to power fail situations, so incorrectly written values will be corrected on start-up and not affect the integrity of the configuration.

When looking around, we found a similar project, Embedis, over on hackaday.IO, as well as this article on the subject of embedded filesystems from a little while back.

When it comes to embedded engineering, toolchains are the worst. Getting a new toolchain up and running correctly is often hard, and often prone to breaking when the IDE or other software is upgraded. A plethora of different toolchains for different hardware makes things even more murky, and if you want to get into time-saving tricks like automated testing, you’re in for a wild ride.

Those pain points led to the creation of the Pigweed project. As Keir Mierle demonstrates in this workshop from the 2020 Hackaday Remoticon, Pigweed is a set of libraries to make working with embedded development more hacker-friendly. The collection is accessed via commandline, and coordinates work with existing libraries to deliver unit testing, linting, static analysis, logging, and handling key-value stores, all alongside more commonly called-for tasks like compiling and flashing.

Demonstrated on a Teensy microcontroller and an STM32 Discovery board, the presentation drives home the utility of Pigweed, a Google project that was released as open source back in March of 2020. Graphical IDEs for these platforms are nowhere in sight, yet test firmware is built and flashed to these devices with relative ease. Unit testing, traditionally a sticky subject for on-chip applications, is demonstrated both emulated on the computer side, and running on the boards themselves. As the capabilities of microcontrollers have ballooned in recent years, writing tests for existing functions and confirming them during new development is becoming a must-have in your skillset.

There’s much more shown off here, so grab the workshop repository to follow along. It’s still considered experimental, and the irony of having to learn the intricacies of the Pigweed toolchain to ease the pain of other toolchains is not lost on us. However, most people reading will have their own affinity for the ability to use unified tools and commandline automation; this is a fascinating way to deliver a number of powerful software development techniques to low-level hardware projects.

END_OF_DOCUMENT_TOKEN_TO_BE_REPLACED 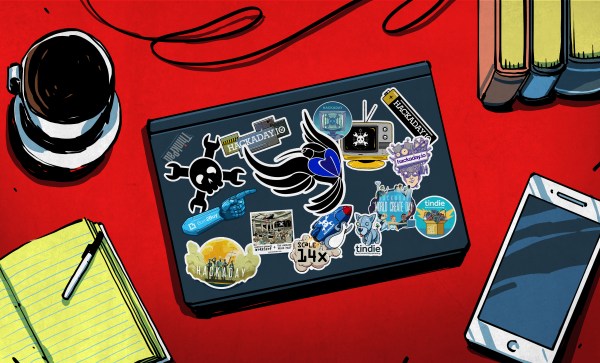 Ada might also be the right choice for your next embedded project. END_OF_DOCUMENT_TOKEN_TO_BE_REPLACED

END_OF_DOCUMENT_TOKEN_TO_BE_REPLACED

Embedded C developers shy away from C++ out of concern for performance. The class construct is one of their main concerns. My previous article Code Craft – Embedding C++: Classes explored whether classes cause code bloat. There was little or no bloat and what is there assures that initialization occurs.

Using classes, and C++ overall, is advantageous because it produces cleaner looking code, in part, by organizing data and the operations on the data into one programming structure. This simple use of classes isn’t the raison d’etre for them but to provide inheritance, or more specifically polymorphism, (from Greek polys, “many, much” and morphē, “form, shape”).

Skeptics feel inheritance simply must introduce nasty increases in timing. Here I once more bravely assert that no such increases occur, and will offer side-by-side comparison as proof.