Too often we find ourselves featuring projects on these pages without giving much thought behind the people who made them. Nevertheless, behind the LED panels, github pages, and PCBs that make the hardware magic happen, there’s a person. And not just one person but an entire culture of people who let their conscious hours bleed late into the night over software bugs and bad solder joints. Noah Feehan is one of these veterans, and at this year’s Hackaday SuperConference, he reached out to this culture. Noah comes armed not with projects but with design tips and an infectious enthusiasm that will make you rethink how you use your time and space in the land of DIY. Armed with ten years of experience in art and engineering design, Noah delivers his best tips for fellow hackers. Spare yourself hours of confusion during future builds; kick back, and treat yourself to a few tips from a pro on keeping things together. 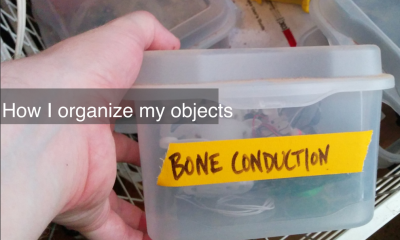 Take a look at your workbench. What do you see? Do the scraps of yesteryear’s projects congest the progress on today’s? Not for Noah. He’s saved himself countless hours by localizing his projects to a single mess, and he’ll save himself even more time by loading that box with duplicate parts used in quantity. Noah also swears by keeping his project boxes about 30-percent open, ready to accommodate ideas that he’ll pick up later.

When was the last time you told your pals or your boss: “oh yeah, that LED matrix panel? It’ll be blinkin’ in two days”… only to find yourself waist-deep in some crazy mestastability issues or wiring mishaps two weeks (or maybe two months) later? Gauging just how long it’ll take to knock out the next project is tricky, but Noah gives us a trick: audit your time. Be it a Google-Doc or text file, keeping a mission log of the bugs fixed, the components ordered, and the parts left to machine in the next weekend are key in helping us get a better sense of long it takes to finish off a project. What’s more, we can leap back into the project knowing exactly where we left off. Handy; especially if we’re juggling another project whilst waiting for more parts in the mail.

Have another look at that workbench. Odds are pretty high that you’ve got not just one but maybe three or four half-completed projects along the way. How can we push hard enough to get through the last few miles of grit to finish them off? Noah tells us to start from the beginning and ask ourselves: “where’s the dopamine” in that project? Will our eyes light up when we blink that first LED, even though we’ve got another hundred to wire up, or will we call it a day and doom it to the box of scrap? Without that kick, Noah confesses, it’s tough to actually convince ourselves that we’ll finish off a project if we’re not getting anything out of it along the way. If we’re the mind and hands behind the project, we’ll need to enjoy every bit of it, so seek those moments out first before committing for the long run.

Embedded Truths on a Road Through Projects 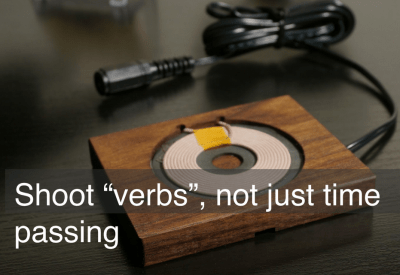 Noah has spent the last ten years making things. From the first fab lab on the floors of NASA, to WEFT, Noah’s open platform for a dynamic texture-changing surface experiments, Noah has been in-and-out of the grit to learn what best makes him tick. Some of his practices have measurable benefits; other’s don’t. But even if he’s not quantifying the amount of time saved for sweeping his home shop or organizing his wireless modules, Noah is living in the space of making things, and he’d like you to welcome you to come along.

4 thoughts on “Noah Feehan And The Mind Of The Maker”