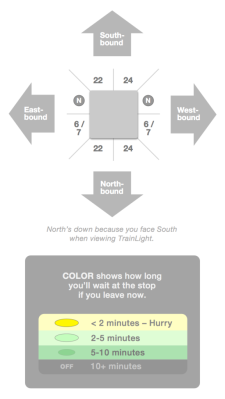 7 thoughts on “TrainLight: Transit Info At A Glance”