Necessity is the mother of invention, but sometimes frustration is as good a motivator. [Maciej] does a bunch of statistics in his day job using SPSS. 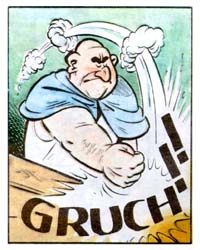 Like most complicated pieces of software, it can get hung, and the only way to stop it is to manually kill the running processes. Apparently, that happened one time too many for [Maciej].

He took matters into his own hands, repurposing a big red emergency-stop button for the task. It’s mounted on a jar, and the microcontroller inside is configured as a USB keyboard. When he mashes the button, it opens the “Run…” menu and types out taskkill spssengine.exe for him.

We can totally see the therapeutic value of such a device. Plus, in case SPSS is gobbling up his system memory and everything’s approaching standstill, the vital seconds saved by the microcontroller’s quick-typing fingers could be a lifesaver.