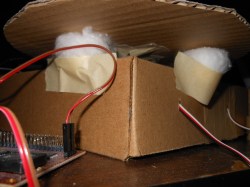 What is it with digital electronics and pancakes? We honestly can’t count the number of pancake-making robots we’ve featured over the years. Which suggest? Automating the production side of the storage medium! If you could print out an infinite tape of data pancakes, would you be able to make a Turing machine? If you decide to answer this question, let us know!