Apollo astronauts used the DSKY (Display-Keyboard) to interact with the flight computer with a series of 2-digit codes punched into a numeric keypad. Above the keyboard was a high voltage electroluminescent (EL) display whose segments were driven by electromechanical relays; old-ass technology not seen in operation in decades. 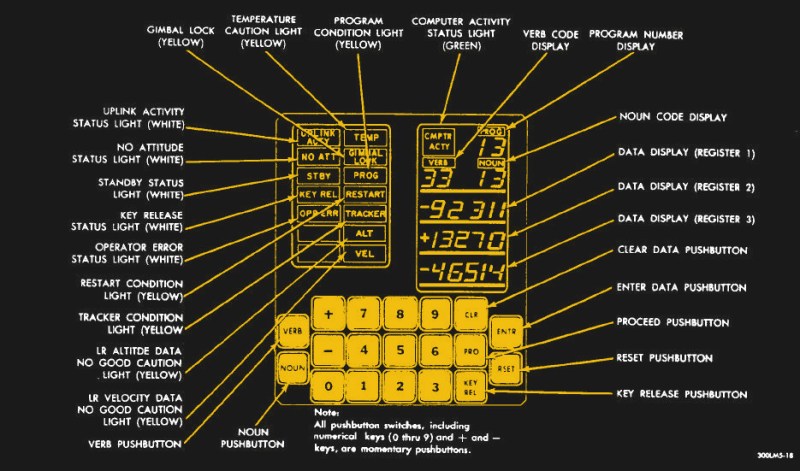 As [Fran] points out in her video, cinematic re-creations typically involve LED displays and CGI rather than the authentic EL 7-segs. Who would want that when you could have the original?

The DSKY is one of the most recognizable and historically relevant parts of the Apollo Command Module and it’s also quite rare. There are only a handful of  them around and of course none of them work. [Fran]’s display could help museums, collectors — and yes, moviemakers — re-create DSKYs with greater authenticity.

[Fran] is a good friend of Hackaday. If you missed her Hack Chat on antiquated technology last Friday you can check out the transcript here.