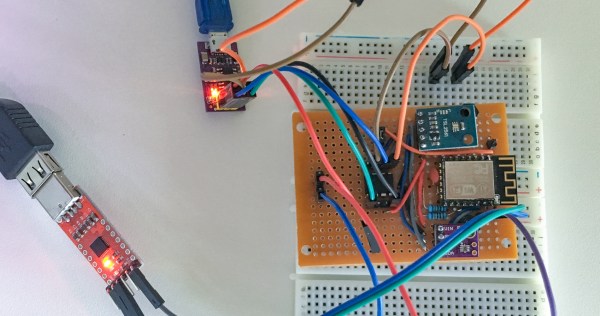 [Alex Jensen] wanted to build a battery-powered weather station, using an ESP8266 breakout board to connect to WiFi. However, [Alex]’s research revealed that the ESP chip uses around 70mA per hour when the radio is on — meaning that he’d have to change batteries a lot more than he wanted to. He really wanted a low power rig such that he’d only have to change batteries every 2 years on a pair of AAs.

The two considerations would be, how often does the ESP get powered up for data transmissions — and how often the weather station’s ATtiny85 takes sensor readings. Waking up the ESP from sleep mode takes about 16mA — plus, once awake it takes about 3 seconds to reconnect, precious time at 70mA. However, by using a static IP address he was able to pare that down to half a second, with one more second to do the actual data transmission. In addition to the hourly WiFi connection, the Tiny85 must be powered, though its relatively modest 1.5mA per hour doesn’t amount to much, even with the chip awake for 36 hours during the year. All told, the various components came to around 500 mAh per year, so using a pair of AA batteries should keep the rig going for years.

We’re intrigued by stories of hackers eking out every last drop of power to make their projects work. We’ve posted about ESPs low-power mode before, and what can be more low-power than a watch running off a coin cell?

NASA’s Glenn Research Center is experimenting with nickel-titanium memory alloy tires that resemble chain mail. It’s an intriguing angle — the tires can withstand heavier loads and at higher speeds. They’re airless and immune to puncture. Presumably they’re not literally chainmail but closer to a sweater in construction.

This tire is a culmination of a number of fascinating research drives. NASA has been experimenting with tensegrity structures as a means of building in space without spending a ton of rocket fuel on heavy hardware. These structures use tensioned cables to maintain a three-dimensional structure. The tires use the stiffness of the wire as well as internal stiffeners to maintain shape, without the need for a whole rim.

In addition to structural tensegrity, the memory alloy also helps keep its original shape by resisting deformation — it springs back into its original shape. When ordinary materials are stretched, you’re stretching the bonds between the atomic structures. NASA’s NiTi alloy goes through an “atomic rearrangement” when stressed, easing the forces put on those structures. As a result, the alloy can withstand 10% deformation versus 0.3% for spring steels, or about 30 times the deformation that a normal alloy could withstand without having permanent deformation occur — dents, basically. NASA’s tires can actually compress down to the axle and then pop back.

END_OF_DOCUMENT_TOKEN_TO_BE_REPLACED 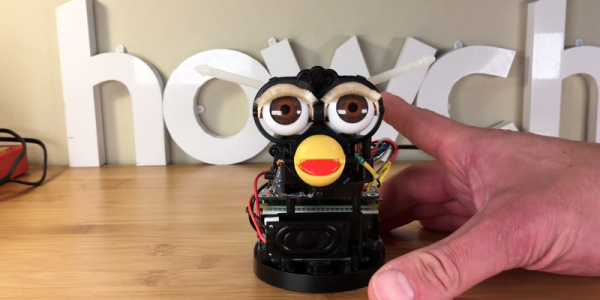 [Zach Levine] wrote in to share a project just completed: a classic Furby packing a Raspberry Pi running Alexa: he calls it Furlexa.

The original Furby product wowed consumers of the 90s. In addition to animatronic movements, it also packed simulated voice learning technology that seemed to allow the Furby to learn to speak. It wasn’t like anything else on the market, and even got the toy banned from NSA’s facilities in case it could spy on them. Elegantly, the robot uses only one motor to move all of its parts, using a variety of plastic gears, levers, and cams to control all of the robot’s body parts and to make it dance.

Over the past twenty years the Furby has earned the reputation as one of the most hackable toys ever — despite its mystery microcontroller, which was sealed in plastic to keep the manufacturer’s IP secret. [Zach] replaced the control board with a Pi Zero. He also replaced the crappy mic and pizeo speaker that came with toy with a Pimoroni Speaker pHat and a better mic.

While classic Furbys have a reputation for hackability, the new ones aren’t immune: this Infiltrating Furby is based on a recent model of the toy. END_OF_DOCUMENT_TOKEN_TO_BE_REPLACED 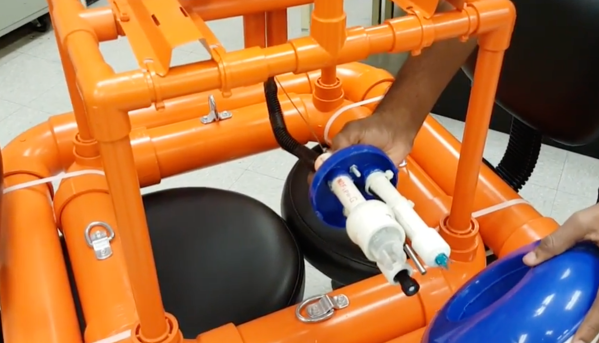 END_OF_DOCUMENT_TOKEN_TO_BE_REPLACED

At first glance, [Dean Gouramanis]’s stepper driver module for 3D printers looks like just another RAMPS-compatible stepper board. Except, what could that gold-plated copper peg sticking out of the PCB possibly be? That would be [Dean]’s PowerPeg Thermal Management System that he built and entered in the Hackaday Prize competition for 2015, where it rocked its way into the Finals. It’s a thermal connector peg that attaches to a variety of heatsinks so you can swap in whatever sink fits the bill.

In the case of this project, [Dean] created a custom PCB that accommodates the PowerPeg connector, onto which the heat sink screws. Needless to say, he machined his own heatsinks to go with the pegs, though it looks like you could use any sink with enough surface contact that can be secured by the same #0-80 screw.

You shouldn’t be surprised that hackers obsess over heatsinks. This heatsink tester project we published helps determine which sink  to use. Another post gives all the ins and outs of ordering a custom heatsink. 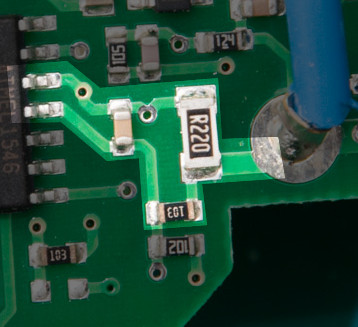