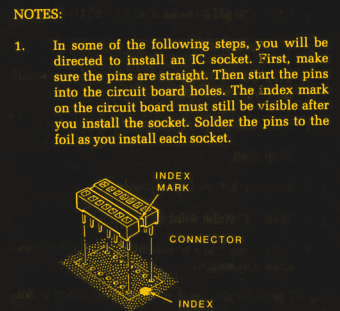 The Heathkit product line puzzles us. The electronic kit market isn’t that big compared to the market for PCs or bicycles. But even so, the number of people interested in measuring forward and reverse RF power is probably quite low. Then factor out everyone who doesn’t want all the precision “laboratory grade” features in this meter. The final blow: the kit isn’t available yet and costs $575 on preorder.

If the preliminary specs are accurate, it isn’t a bad meter. The accuracy is 125 PPM between 1.6 MHz and 54 MHz at power ranges of 50 mW to 2 kW. There’s a frequency counter included, and Heathkit claims to have a patent pending on some aspect of the device’s operation. 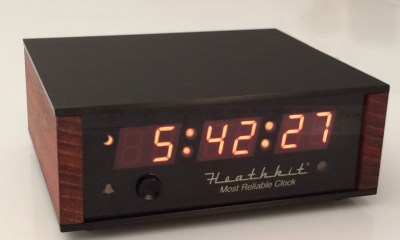 We’ll admit, it is hard to compete selling Arduino boards and the other simple things you might buy on eBay for a few dollars. The new Heathkit seems to be going for the boutique market with–dare we say–artisanal high-end products at a fairly high cost. For example, take their super-accurate clock. For $100, it seems hard to justify buying it since it is nothing more than an Atmel CPU with a half-second a day of drift.

Want a TRF AM radio? That’s $150. It looks good, but realistically, that’s a lot for a simple AM radio kit. You can see from their site index they have great plans, but many of those pages are blank. It seems to us that the area they could differentiate would be in educational manuals — maybe offering a radio course, like the old EDUKIT courses — or things with broader appeal that are hard to knock off. Perhaps that’s robots or quadcopters with a unique design. Maybe a Heathkit cell phone kit or a chess-playing robot arm would draw a crowd. We don’t know.

Don’t get us wrong. We want them to succeed. Heathkit was instrumental in forming many electronic hobbyists, technicians, and engineers. We just aren’t sure the world is clamoring for a $150 AM radio or an RF watt meter for nearly the price of a low-end ham radio transceiver.

We looked at the Heathkit clock kit last year. We also looked at the AM radio kit  in its solderless version (it has since been released in a solder kit).