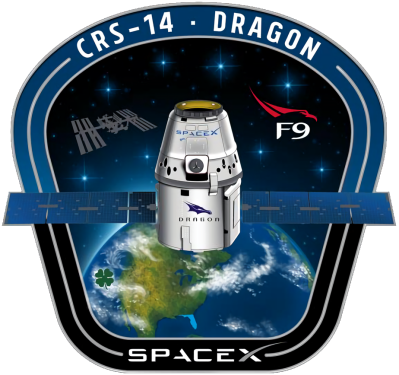 A Dangerous Place Made Worse

Space is an exceptionally dangerous place to be. Anything you put out there must be built to take a beating. Spacecraft have to deal with radiation and massive temperature changes which would render lesser machines into scrap in short order. There’s also the ever-present threat of micrometeoroids, tiny specs of rocks and metal that have been flying through space since the formation of the Solar System.

But since the 1960’s or so, the area of space that immediately surrounds Earth has become even more inhospitable. Decades of space missions, failed satellites, and even the occasional explosion have left thousands of individual pieces of stuff in orbit. The University of Surrey says that the roughly 23,000 unidentified objects orbiting the planet could have a total mass of up to 6,800 tons. Of course, that’s just the stuff we can track with radar. The number of objects too small to track, stuff like chips of paint or individual loose screws, are estimated to number in the hundreds of millions.

The problem is that each of these objects, from bits of Tiangong-1 to Elon Musk’s Tesla Roadster, are traveling at absolutely mind-bending speeds. Even the most leisurely of orbital pieces of junk will be flying around the planet at roughly 17,500 miles per hour (28,000 km/h). At those speeds, a lone screw is essentially a bullet. An impact with a larger object, say a defunct satellite, would be catastrophic to put it mildly.

As Real as it Gets

The RemoveDEBRIS spacecraft will actually be riding to the International Space Station inside the Dragon capsule, but once it arrives it will eventually find its way out of the Station via the Japanese Experiment Module (JEM) airlock. After being jettisoned into space sometime in the next couple of months, it will officially begin its mission which is scheduled to continue well into 2019. The mission will officially end when the RemoveDEBRIS spacecraft dips into the atmosphere and burns up.

But before its fiery end, several technologies will be demonstrated in about as close to a real-world scenario as possible short of tracking down and tangling with a dead satellite. Two CubeSat spacecraft will be launched from the larger RemoveDEBRIS vehicle and used as practice targets for a number of experiments. Given the growing popularity of CubeSat missions, this is an excellent analog for the type of missions which may well become commonplace in the next decade.

Once the first CubeSat is ejected from the RemoveDEBRIS “mothership”, it will deploy an inflatable structure to present a larger target. After it’s moved approximately seven meters away, RemoveDEBRIS will fire a net at the CubeSat in an attempt to ensnare it. The net has weighted balls at the edges which are intended to wrap around the target, and an electric winch cinches the net closed. If successful, this will demonstrate the ability to ensnare a target spacecraft at range, which could be necessary in situations where the target is tumbling or otherwise too dangerous to approach closely.

RemoveDEBRIS will also test a harpoon that can be used to grapple distant targets. This won’t be fired at a separate spacecraft, and instead will make use of a 10 cm x 10 cm target on an extendable boom. Once the harpoon lodges itself in the target, it can be winched back to the spacecraft. This method could be used on smaller targets, where multiple small objects could potentially be harpooned and brought onboard to be deorbited later.

The second free-flying CubeSat to be released will serve as a target to demonstrate Vision-Based Navigation (VBN). Using a combination of 2D cameras and 3D LIDAR imagers, RemoveDEBRIS will autonomously demonstrate a concept known as non-cooperative rendezvous. In other words, the ability to track and rendezvous with a “dead” object. Being able to autonomously navigate visually will be critical when approaching a target that is unable to communicate or maneuver on its own.

To be clear, the technologies being tested by the RemoveDEBRIS spacecraft won’t be used to remove speeding screws. These tiny objects are too small to track, and too small to intercept even if you knew where they were. It’s part of doing business in space, and vehicles that will spend any time outside of our atmosphere will need to be designed to take such things into account.

But if all goes according to plan, RemoveDEBRIS could serve as a touchstone for future “garbage truck” missions. In the coming years, we may see similar spacecraft that rove around Low Earth Orbit autonomously knocking out dead satellites and particularly troubling pieces of debris. There’s a certain irony of launching another piece of hardware into space just to pull down the ones we’ve already left up there, but for now this is a good a plan as any.

107 thoughts on “Space Garbage Truck Takes Out The Trash”