RF design isn’t always easy, especially at higher frequencies. Despite improvements in simulation tools, there’s still no substitute for prototyping and trying out different things. That wasn’t so bad when that meant nailing some nails in a piece of wood and wiring up discrete components. But at today’s microwave frequencies and with today’s IC packaging that simply doesn’t work. Solving this problem is what drives a company called X-Microwave. They have a standard grid pattern PCB for a wide range of RF circuits and accessories to tie them all together. Probably the best way to get a feel for the system is to watch the simple video below. There’s also a free simulator tool worth taking note of that you’ll see in a bit.

Before you get too excited, we’ll warn you that while this stuff is cheap if you need it, it isn’t an impulse buy. The baseboards and probes (the connectors) run from $150 to $300. You can get kits, too, but a bare-bones two-port system is going to start at about $550, which is about $100 off the component parts and includes some extras. Then you need less expensive parts to make the boxes around things if you need them. Oh. Then you also need the PCBs which are not cheap, either. Their prices vary widely as you’d expect, but — for example — we saw amplifiers as low as $80 and as high as nearly $1000. So a complete system could get pretty pricey.

However, if you really need to breadboard RF circuits in the microwave region — they claim the system can get up to 50 GHz — these prices are not unreasonable compared to what you are going to have to do otherwise.

Also, there is a free browser-based simulator you can experiment with which is quite powerful. You do need to register (and while the registration appeared to fail, it actually worked). The backend to the simulator is Genesys Spectrasys, so this is actually a cheap way to get limited access to a very powerful RF simulation tool. It took awhile to figure out, but you can populate the spectrum display at the bottom of the screen by right clicking on any black wire. You can pick behavior models which are ideal or modules that correspond to real-world X-Microwave modules. There’s also an online layout tool for planning your circuit layouts, but that’s not as exciting as the simulator. 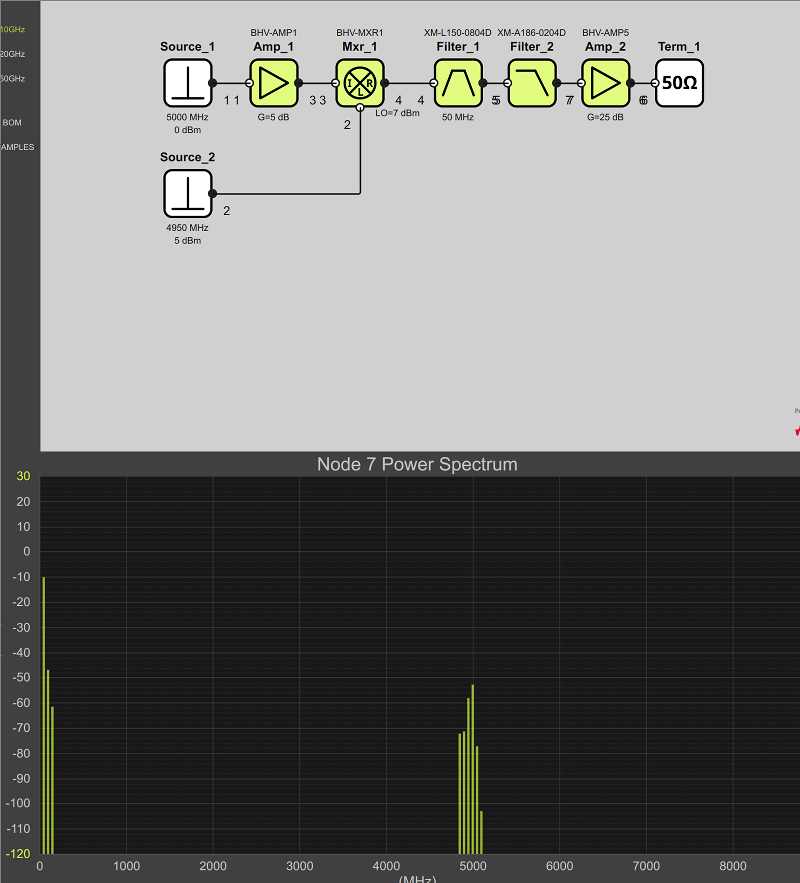 This is one of those things that if you need it, it is affordable. If you don’t, then it is priced astronomically. However, it isn’t hard to imagine homebrewing something similar, especially if your frequency needs are more modest. We might suggest the RF Biscuit as a starting point. If you are just too cheap to go this route, you might look into foil tape. We’ve built entire transmitters and receivers using foil tape to create ad hoc “circuit boards.”

Thanks to [RoGeorge] for mentioning this system over on Hackaday.io.

17 thoughts on “A Microwave Erector Set”