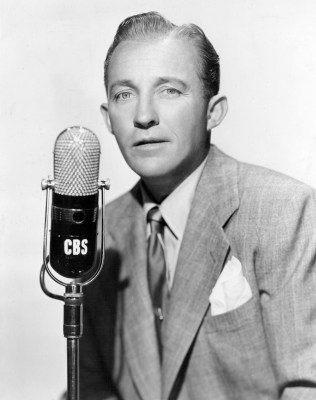 The Summer of Discontent

By 1945, Crosby was discontented and wanted to prerecord the shows using electrical transcription. If that term is unfamiliar, it is a late 1920s technology for pressing records for use in broadcasting. Although they look like large conventional records, they have a higher quality. Just about all the old radio programs you hear were originally recorded using this system. The infamous “Oh the humanity!” reporting by Herbert Morrison of WLS while watching the Hindenburg disaster was captured by electrical transcription — and subsequently replayed at the wrong speed for decades. 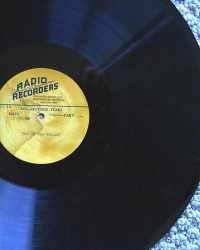 A normal LP record is about 12 inches, but most of the older electronic transcription discs (or ETs) were 16 inches in diameter. In the 1960s, though, ETs looked almost exactly like a regular LP record. Even the big disks held about 15 minutes of audio on each side.

The recordings were either cut into wax and then electroplated to produce a master that could produce a shellac or vinyl record or — a faster process — by indenting directly into an aluminum, steel, glass, or fiber disk coated with something (nitrocellulose, wax, or a few other compounds) soft enough to indent. These could be played back at once. By the way, if you ever run into any ETs and want to preserve them, there’s a lot of information about that over at the Audio Archive.

This was great in a way, but cumbersome and the quality wasn’t very good. Perhaps the worst thing, though, was that editing was very difficult or impossible.

The Kraft Music Hall started airing on the NBC Red network at a time when NBC ruled the airwaves. During the 1945-1946 season, Crosby refused to do the show live and NBC refused to accept it recorded, so Bing walked. NBC sued Crosby to finish out the season, but after that, they were done.

This might not have been a great choice for NBC since the government had forced them to sell off the Blue network back in 1941. Up and coming networks like ABC needed a way to capture market share and Bing was extremely popular. For the 1946-1947 season, ABC wanted Bing to do the Philco Radio Time program. Bing wanted to record it and the network agreed, but only if the quality of the show was equal to a live broadcast.

The show took up two ETs and the quality just wasn’t there. Editing was very painful, as well, requiring a disk to be played back to another recording disk. That also led to reduced quality. As ratings fell, ABC pushed to go back to the live format. 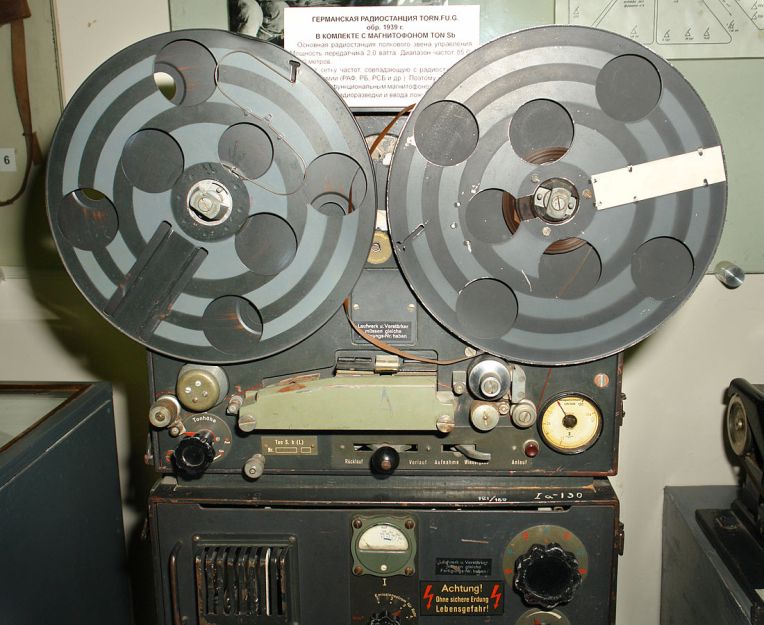 Jack Mullin — like a lot of Americans in those days — had served in the Army in Europe during World War II. Before he came home, he shipped two AEG/ IG Farben Magnetophon recorders home in pieces over the course of several months. Tape and wire recorders were not unheard of at the time. However, the Magnetophon was a very high-quality machine used for radio broadcasting in Germany, including allowing Hitler to broadcast from one town while actually being in another.

The machines were the first to use AC tape bias to practically eliminate tape hiss. Mullin was shrewd enough or lucky enough to realize that the Magnetophon was far superior. He and friend William Palmer rebuilt the recorders to use US parts and added a few other improvements.

The resulting recorder — which looked an awful lot like what we would call a reel-to-reel recorder — was a game changer. The sound quality was excellent and magnetic tape could be easily cut and spliced using a razor and adhesive tape.

You might wonder how good the recording quality could be. After all, we are used to turning our nose up at anything that isn’t CD quality or even higher today. But remember that these recordings were destined to play back over monoaural AM radio stations replete with atmospheric noise, fading, and all the other issues with AM radios. While the quality wasn’t up to our modern standards, it was plenty for its time.

Everyone who saw the recorders was impressed but disappointed to learn there were only two machines and 50 reels of tape. Among the people who saw it was Frank Healey who was involved in the Bing Crosby show’s production. That led to Crosby’s producer, Murdo McKenzie, to find out more about the machines. After visiting Mullin and Palmer in San Francisco, they brought in Bing himself.

Bing was impressed and they wanted a test recording of the first show of the 1947-1948 season. But there was a concern about the limited number of recordings and tapes. 3M had been making tapes with paper and had evolved into using plastic backings. However, their current tapes could not record the strong magnetic field used by the Magnetophon.

Meanwhile, ABC was interested in another tape technology also acquired from Germany, but using inferior recorders. There was a showdown, recording the same show on both recorders and an ET. The ABC-backed recorder was noisy and used inferior tape. But the Magnetophon sounded great. 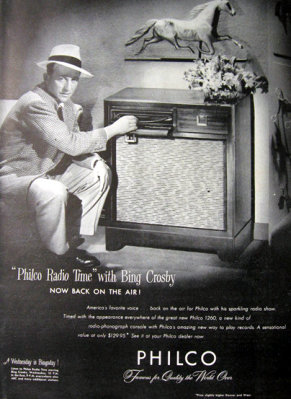 On October 1st, 1947, the first radio show to be recorded directly to magnetic tape hit the airwaves. Because the tape was in limited supply and had been spliced many times, it was prone to breakage. So after editing, the tape would still be pressed onto an ET for actual broadcast. This was still an improvement both because editing was much easier, and because the ET was only pressed once so its quality was not impaired by multiple editing passes. If you compare the quality of the recording from 1947 with the first one, you can hear a big difference.

Mullin would go on to work with Ampex — a company that had made motors and generators during the war — and 3M to make a broadcast-quality recorder and matching tape. They had everything ready to go, but there was one snag: Ampex was out of money.

Bing really wanted those tape machines. Alexander Poniatoff of Ampex received an envelope from Bing with no letter enclosed. But there was a check for $50,000. In 1948 that would be about like getting a check for over a half million today.

Bing’s company not only distributed orange juice but became the west coast distributor for both Ampex recorders and 3M tapes. Mullin went on to become Crosby’s company’s chief engineer.

Eventually, Ampex would even produce “portable” units, each consisting of two large, two-person, crates that could travel with the Bing Crosby program on the road. 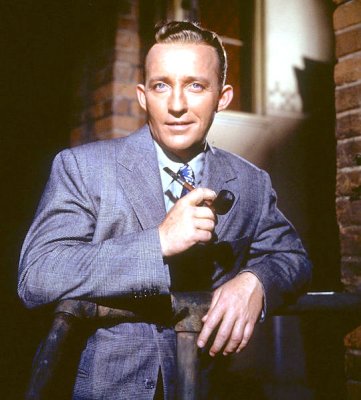 If you think Crosby just ponied up money, you’d be wrong. He experimented with different ways to use the new technology and understood what it could mean to the entertainment business. Later, he’d even have a hand in fostering video recording in the 1950s. In the end, though, Ampex produced a better recorder than Bing’s engineers and — once again — received another $50,000 check from Bing for the first few off the assembly line.

This really isn’t the story of the invention of the tape recorder. Mullins didn’t invent it and neither did Bing Crosby. You could argue that radio pioneer Valdemar Poulsen demonstrated that with the telegraphone, which he patented in 1898! Without electronic amplification, though, recording on wire, disks, and tape didn’t catch on. His recording of Emperor Franz Josef of Austria in 1900 is thought to be the oldest surviving magnetic audio recording, but we’re guessing that you know more of the lyrics to White Christmas.

It reminds us that great technology isn’t always sufficient. Sometimes the winner is the person who has the vision to see how a technology can be transformative.

17 thoughts on “Recorded Programming — Thanks To Bing Crosby”