Coffee is the lifeblood of hackers, IT workers, and apparently, IT workers who are also hackers. [Omerfarukz] is clearly the latter. He works as part of a large team spread over multiple floors, all with coffee machines, any one of which is fair game. The problem is knowing which one has coffee that is ready to pour. He needed a non-invasive way to monitor the coffee machines. 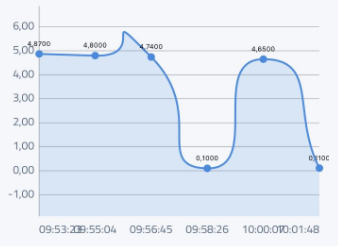 After contemplating a few solutions, he opted for one which wouldn’t offend the coffee gods. The machines use a high current to produce their heat, so he adapted some old remote control power sockets for the machines to plug into which would now monitor the current. A high current means the coffee is brewing and he knew that brewing takes one minute per cup, so the duration of the high current tells him the number of cups.

Having had no success with a current sensing transformer, he opted for an ACS712 chip, at heart a Hall effect sensor which outputs a voltage proportional to the test current. That goes to the IO pins of an ATtiny, and from there via serial to an ESP8266 and thence to Google Firebase for processing and notifying of IT workers in need of stimulation. For those wishing to partake, he’s posted the circuit on Github.

We’ve seen a few other non-invasive ways to do this monitoring. For example, there’s weighing the machines using a bathroom scale and the more manual phone-notifying alarm button.