The tiny robot has two rotary servo actuators, one for each pair of wings, along with two flapping mechanisms. There are a lot of technical details on their website, but it caught our eye that the flight computer is an STM32 microcontroller. 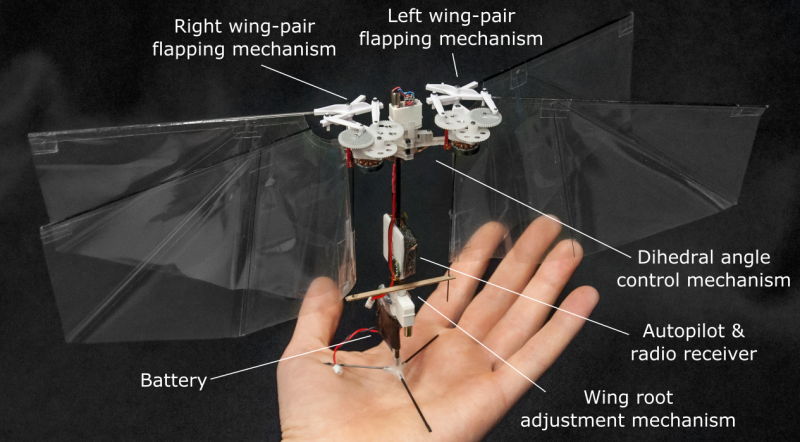 We assumed this had some sort of spy application, but DelFly says they want to use the machine to study insect flight dynamics. We’ll take that at face value.

If you want to see the previous revision which clearly had an airplane tail and control surfaces, we looked at it earlier. If you are wondering what the world looks like to an autonomous fruit fly, we can help with that, too.