Lucy in the Sky with Asteroids

To be sure, SpaceX has been on an absolute roll. They suffered a few losses early on, which is hardly outside of the norm for a completely newly developed engine and rocket combination, but beyond that its been more or less a continuous steam of successes for the Hawthorne, California company. Even the first flight of their highly ambitious Falcon Heavy ended up being nearly flawless, despite Elon Musk himself expressing some pessimistic expectations in the days leading up to launch.

Given their success rate, it’s unlikely NASA was concerned about SpaceX losing the Lucy spacecraft. After all, by the time Lucy’s October 2021 launch date rolls around, American astronauts should be riding to the International Space Station on the same Falcon 9 rocket that would be carrying it to orbit. There’s also no question that the Falcon 9 is physically capable of lofting Lucy and giving it the necessary energy to send it on its tour of the Trojan Asteroids which share the Jupiter’s orbit; though SpaceX did concede that the rocket wouldn’t have enough energy in reserve to perform the now customary booster landing, and as such it would fly in an expendable configuration.

The sticking point was almost certainly the extremely narrow launch window required for Lucy’s complicated flight path, which relies on precisely timed gravity assists to visit all seven asteroids the team is hoping to target during the mission. The alignment of these targets allows for a window of just 20 days in which Lucy can leave Earth and accomplish all of its goals. If it can’t lift off within that time period, the mission would have to be launched on a more powerful rocket that could give Lucy enough of a kick to make up for its late start. Wait long enough, and the opportunity to capitalize on the alignment of these asteroids will simply disappear. At that point, the mission would need to either select new targets or perhaps be scrapped altogether.

In a press release acknowledging their selection for the Lucy mission, ULA President Tory Bruno was quick to point out the stellar record of the Atlas V, and how its reliability factored into the tight perimeters of the mission.

This mission has a once-in-a-lifetime planetary launch window, and Atlas V’s world-leading schedule certainty, coupled with our reliability and performance provided the optimal vehicle for this mission. Our Atlas V rocket has launched 79 times achieving 100 percent mission success, and we look forward to working again with our mission partners to explore our universe.

The Curse of Elon Time

When Elon Musk says he’s going to do something, it usually happens. But when it will become a reality is another story entirely. For Tesla and SpaceX, deadlines are best identified by the whooshing noise they make as they go by. Milestones are perpetually claimed to be six months to a year out from completion, and delays are often announced with nothing more than an off the cuff Tweet. 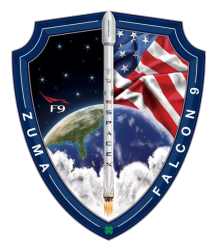 As an example, SpaceX originally claimed the Falcon Heavy would enter active service by 2013. In reality its first flight didn’t take place until February 2018, and even then, it was only a demonstration mission without a paying customer. Among those in the industry, this tendency for the tech entrepreneur’s companies to vastly underestimate how long it will take to complete their publicized goals is referred to as “Elon Time”.

One doesn’t need to look into the distant past to find an example of this tendency causing serious delays. SpaceX was tasked with launching the classified “Zuma” satellite for the United States Government in November 2017, but in the end it didn’t launch until January 2018. The Zuma satellite was ready to go, but it ended up waiting on the ground because of tasks SpaceX was performing in parallel, such as modifying their launch pad for Falcon Heavy. For most payloads these unnecessary delays are a minor annoyance, and generally worth the trouble given the significant cost reduction when flying with SpaceX; but a two month delay for Lucy could irreparably jeopardize the mission.

With the United States Government recently burned by SpaceX’s occasional bouts of Elon Time, compounded by the fact the company will likely be even busier in 2021, it’s not hard to see why NASA would look to a more traditional provider like ULA for a mission that quite simply can’t afford to be delayed. When the InSight Mars lander missed its launch window due to a defective instrument, it cost NASA an additional $150 million to get the project back on track. With delays that expensive, the cost savings offered by SpaceX might not look nearly as compelling.

We likely won’t know what SpaceX was offering to launch Lucy for until the GAO releases their report on the bidding process, but we have enough data to make some guesses. Given the nominal $62 million cost of a Falcon 9 launch plus the additional checks and requirements for a science mission of this nature, a bid in the neighborhood of $90 million seems likely. For reference, last year SpaceX launched NASA’s Transiting Exoplanet Survey Satellite (TESS) for $87 million. Is a cost savings of $60 million worth risking the fate of a spacecraft that’s been engineered to last over a decade at a cost of hundreds of millions of dollars? According to NASA, the math just doesn’t add up.

35 thoughts on “When New Space Loses Out To NASA Pragmatism”