Whilst we patiently wait for the day that Womble-shaped robots replace human tennis players at Wimbledon, we can admire the IBM powered AI technology that the organisers of the Wimbledon tennis tournament use to enhance the experience for TV and phone viewers.

As can be expected, the technology tracks the ball, analyses player gestures, crowd cheers/booing but can’t yet discern the more subtle player behaviour such as serving an ace or the classic John McEnroe ‘smash your racket on the ground’ stunt. Currently a large number of expert human side kicks are required for recording these facets and manually uploading them into the huge Watson driven analytics system. 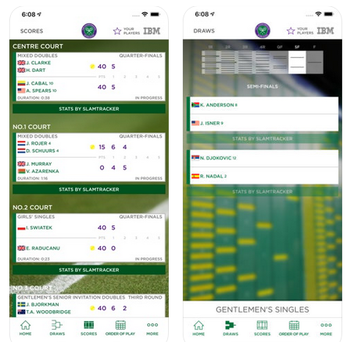 Phone apps are possibly the best places to see the results of the IBM Slammtracker system and are perfect for the casual tennis train spotter. It would be interesting to see the intrinsic AI bias at work – whether it can compensate for the greater intensity of the cheer for the more popular celebrities rather than the skill, or fluke shot, of the rank outsider. We also wonder if it will be misogynistic – will it focus on men rather than women in the mixed doubles or the other way round? Will it be racist? Also, when will the umpires be replaced with 100% AI?

Finally, whilst we at Hackaday appreciate the value of sport and exercise and the technology behind the apps, many of us have no time to mindlessly watch a ball go backwards and forwards across our screens, even if it is accompanied by satisfying grunts and the occasional racket-to-ground smash. We’d much rather entertain ourselves with the idea of building the robots that will surely one day make watching human tennis players a thing of the past.