With the latest craze of electric vehicles, it might be tempting to take an old project car and convert it from gas to electric. On the surface, it sounds simple, but the reality is there are a number of pitfalls. It would be nice if you could find a drop in engine replacement that was ready to go. According to Swindon Powertrain, you’ll be able to soon.

Based on their existing powertrain that can convert a Mini to EV, the transverse powertrain weighs 70 kg and if it can fit in a Mini, it can probably fit in nearly anything. Specifically, it’s 60 cm wide and 44 cm deep — that means it could fit easily in a roughly two foot box. The height can be as little as 28 cm. The company talks about fitting it on a quad bike or even a loading platform. It can be thought of as sort of an electric “crate engine” — a common term for a ready to install powerplant that, as the name implies, arrives in a crate. 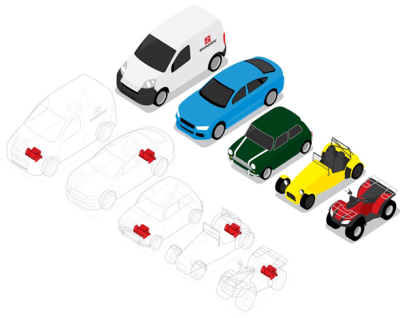 The powertrain with a single-speed transmission, cooling system, and inverter weighs in at 154 pounds and generates up to 110 horsepower.  We aren’t sure what the expected battery pack is, but presumably, it will be somewhat flexible.

It’ll be interesting to see how people will integrate these if and when they become available as planned in June of next year. Can you drive a differential? Can you use two or four, each driving a different wheel? Turns out we might just be car designers after all.

If you want to see what they did with a Mini, look at their E Classic which claims an 80 MPH top speed and a range of 125 miles. We’ve looked at conversions before. If a conversion is not your thing, you could try to go Open Source although that project doesn’t seem very active.

41 thoughts on “Drop In Motor Converts Car To EV”