Rather than dismissing such irrational fears of radiation, let’s have a look at both the science behind radiation and the way humans classify ‘danger’, such as in the case of 5G cell towers.

The first thing you should ask about radiation is whether or not it is ionizing. Ionizing radiation has enough energy to kick the electrons out of their orbits within atoms. Ionizing radiation is therefore by definition damaging, with our cells having repair mechanisms in place to fix the damage sustained from the background radiation which we are exposed to every day. Ionizing radiation can cause cancers, create heritable genetic diseases if it reaches reproductive cells, and cause immediate tissue damage. Ionizing radiation takes the form of either charged particles, alpha and beta radiation, or photons with sufficient energy that they can indirectly ionize atoms — gamma rays.

Ultra-violet light is an interesting exception because it straddles the boundary between non-ionizing and ionizing radiation, and even the non-ionizing forms can be dangerous for humans. Although UV light in the UV-A through UV-C range is not ionizing, it damages DNA and parts of the eye. This is why UV-C radiation is used for sterilizing surfaces in laboratories and hospitals: by disrupting DNA and RNA, it kills both bacteria and viruses. Extreme UV (EUV) overlaps slightly with UV-C and is so strongly ionizing that it can normally only be transmitted through a vacuum.

Non-ionizing Radiation is Rather Hot

The dielectric heating principle holds true for all non-ionizing radiation: the primary effect on the human body consists of affecting the dipole moment of molecules in our tissues, causing localized heating. This is why standing in the sunshine, or in front of an infrared (IR) heating lamp, or an operating radar dish makes one feel warm. What we perceive as ‘heat’ radiating off objects is mostly in the IR spectrum, which is why IR-sensitive sensors are commonly used to measure this, for example with IR cameras.

Although in an extreme situation this type of radiation can also affect cell membranes, this requires lots more energy. By the time that happens, the heat produced would be carried by the blood into the body’s core, where it would disrupt essential enzymatic and other functions. Disrupting this core body temperature is almost inevitably lethal, and would get you before the cellular damage even had a chance.

Additionally, the penetration depth of EM radiation (EMR) into biological tissue decreases sharply after about 10 MHz, meaning that high-frequency EMR mostly affects just the skin and the tissues directly underneath it. Before the disruption of cell membranes in that area becomes an issue, one’s core body temperature will already have risen to and beyond lethal levels, in the form of heat stroke.

The Psychology of Fear

Being able to quickly identify threats in one’s environment and figuring out how to react to these dangers is an essential survival trait. The emotion associated with the perception of such a threat is called fear. A fear response can be rational (a response is warranted) or irrational (a phobia). An individual may also dismiss an actual threat, either completely, or mitigate it using presumed factors. An example of the latter is the very real threat from smoking tobacco and the consumption of alcohol where it excused as a coping mechanism against stress and the like.

This selective approach to environmental threats often leads to a patchwork of mitigating factors, as well as perceived threats where none exist. These perceived threats can be the aforementioned phobia, but also originate from paranoia. In the case of paranoia a thought or notion is amplified by anxiety and fears, often to the point of delusion and irrationality. Often these delusions are accompanied by conspiracy elements, with a person or group being accused of being behind this perceived threat. Meanwhile, cognitive bias hampers comprehension of information that should change their mind. 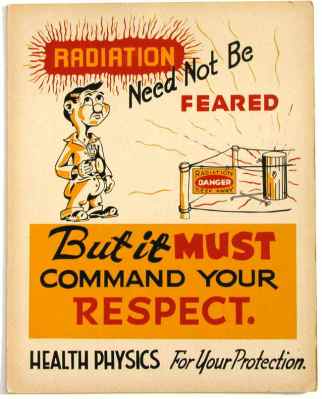 Over the decades, there’s been an increase in fearmongering regarding the safety of wireless equipment, as well as that of ‘unnatural’ radiation, including that from alternating current mains wiring inside houses. As early as 1903 these folk have been referred to as ‘radiophobes‘, with some in this group claiming to be hypersensitive to EM radiation. Fear of radiation in general has effected politicians into making disastrous decisions, and motivated nations like Switzerland to put a moratorium on 5G over the ‘proven harmful effects of HF-EMF‘.

Studies presumably are showing that radiation levels far below that of the ICNIRP (International Commission on Non-Ionizing Radiation Protection) recommendations (PDF) cause an increase in various types of cancers. In addition the World Health Organization has classified the risk from RF (radiofrequency EM) as ‘Group 2B’, meaning ‘possible human carcinogen’. Mainstream newspaper articles meanwhile promote conspiracy level thinking, suggesting that the truth about the harms from RF EMR are being hidden from us, like with tobacco.

Most recently, a rumor has sprung up that 5G is somehow responsible for, or linked to, the SARS-CoV-2 (informally: ‘coronavirus’) pandemic, with people going so far as to literally torch down towers that contain 5G and other wireless transceivers. As [Joel Hruska] over at ExtremeTech succinctly points out, the millimeter-wave (20+ GHz) part of 5G that people get upset about has very low range, meaning that the overwhelming part of ‘5G radiation’ that we experience would be in roughly the same frequency range as 4G (LTE) and WiFi.

Are you feeling afraid yet?

The entire point of the scientific method is to methodically examine and discover how everything around us works, whether it’s on a macroscopic, microscopic or quantum level. When a group of people claim that they can somehow ‘sense’ electromagnetic fields, to the point where it affects their physical well-being, this raises a lot of questions. The primary one being that there is no known biological mechanism that a human would be able to be affected by EMR.

Naturally, it wouldn’t be science if this didn’t deter scientists from setting up controlled tests in which involved subjects who claimed to suffer from hypersensitivity. After twenty-eight of such studies by different researchers, another group of researchers would then write up a review article to summarize the findings of those studies. It should come as no surprise that evidence for EM (hyper)sensitivity was completely absent.

That then leaves the question of whether non-ionizing radiation like that from cell towers and WiFi access points is harmful, as some people claim. It certainly could be, if it heated up tissue significantly. The amount of radiation from 4G and 5G wireless towers, as well as that from a cellphone held next to one’s head during a conversation, however, causes barely any heating due to the low power levels involved. So that’s that?

Perhaps the clearest evidence that can disprove the potential harm of cellphone RF radiation comes from the biggest experiment ever conducted, on over five billion cellphone users. Despite an absolutely astounding ramp-up of RF radiation exposure over the past decades, as cell phones became commonplace, there has been no corresponding increase of tumors or other harmful effects. Not from analog cellphone networks, nor from 2G, 3G or 4G or WiFi.

This fact is noted as well by the US National Cancer Institute on their fact sheet, along with an exhaustive list of cohort, experimental, and other studies. As they note, effects other than thermal heating have not been shown. Findings involving tumors and other harmful effects could not be replicated, and notoriously unreliable cohort studies have to be taken with a grain of sand, especially when experimental studies have failed to turn up any biological mechanisms using with exposure of low levels to RF EMR. The results are most likely attributable to other uncontrolled factors. Cancer Research UK and other institutions concur with the NCI. That’s the science.

Be Safe, Not Afraid

The essence of the matter thus appears to be that of fearful and paranoid people demanding that the industry proves beyond any shade of doubt that RF EMR like that used with cellphones is ‘absolutely safe’. Unfortunately, unlike in mathematics, science doesn’t deal with proof, only with evidence. And while evidence can easily refute a theory, it can’t prove that something is safe — all science can do is rule out potential causes of harm. And so far, that’s being done.

To the best of our knowledge today, we can say with confidence that there are no effects from non-ionizing radiation beyond the thermal effects, except for the edge case of UV radiation. May there be new discoveries in the future that show that e were too optimistic about the safety of RF EMR? The data and evidence regarding cellphone use since the 1980s does not support any of the propositions that their use is somehow harmful, nor do any controlled studies.

To this day, the only real demonstrable harm from smartphone use is that of walking into open manhole covers, against lighting posts, and of course causing traffic accidents. The best advice thus is to use one’s cellphone only when it’s safe to do so, and avoid using it while driving or walking. In addition, be careful about trusting random information from anyone that you haven’t verified yourself. In case of doubt, consult an actual expert in the field.

Be safe, and enjoy your wireless freedom. And please stop burning down cell towers.