The microscope is an excellent tool of Biology and a great place to start is by observing mitosis as it happens. Mitosis is where cells divide to make more cells so that tissue may grow. As it turns out, the tips of fresh roots on onions and garlic have rapid tissue growth in a concentrated area, making the viewing of the various stages of cell division worthwhile. In preparation for this article I started growing a shallot and an onion in a class of water and waiting for the tips to spout.

I can think of no better example of being able to see one of the complex miracles that make life possible than to look at cell division with one’s own eyes.

Scope with a Camera

My son owns a ‘scope that is much better than my old tiny clunker, yet he got it for the same price as what mine cost back in the day relatively speaking. What’s more is that I can replace one of his eyepieces with a camera and share what I see with others — you in this case. This is something I would not have ever imagined being able to do “back in my day”. 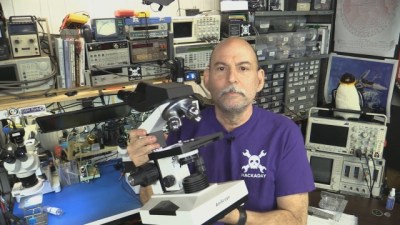 I actually have several microscopes in my hardware lab, two are dedicated to assisting with surface mount assembly, but my son’s includes up to 2000x magnification! That what I used to make these picture.

What We’re Looking For

Life based on cell division has the ability to make new copies of vital tissue cells starting with the ability of DNA to divide and replicate. As the process continues, whole chromosomes replicate by division with two new cells forming in place of the original one. Different organisms have differing numbers of chromosome by default, the onion under the scope today has 16 chromosomes arranged in 8 pairs, by default compared to the 23 pairs of a human. The number of chromosomes doesn’t necessarily imply the complexity of the organism, dogs have 78 chromosomes for example, compared to humans’ 46.

Some of the main phases of Mitosis are:

Prophase or the “before” phase. The cell still looks very similar to a non-replicating cell even though things are starting to happen.

Prometaphase is where the walls of the nucleus break apart and the act of cell division takes over the whole cell. This is where it really starts to be visible using this level of microscope.

Metaphase or “next to” and true to its name the chromosomes line up side by side near the center of cell as various forces pull in opposite directions. This looks cool when seen in real life.

Anaphase or “after” is when it starts to look like as new twin cells. 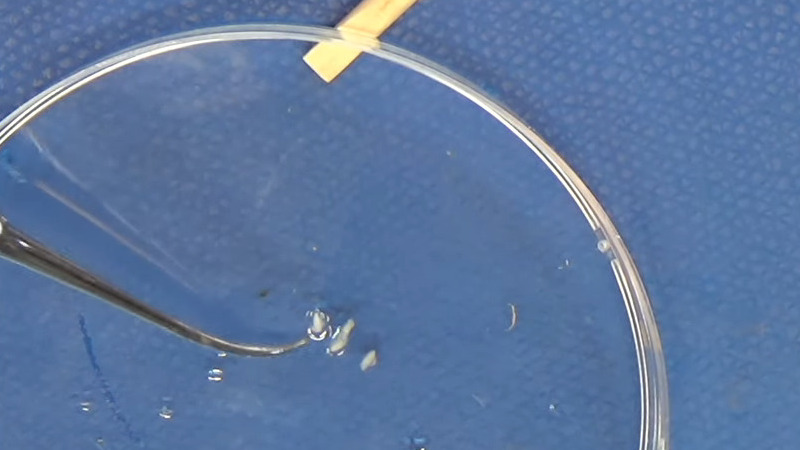 To prepare the onion tissue for observation I first soaked it in warm hydrochloric acid. If you think that that sounds like I am digesting the tissue much like our own stomachs do, you would be correct. The cells cease activity, sometimes called “fixing”. A bunch of the matter exterior to the cell walls is digested or softened, allowing us to concentrate on the contents of the cells. It also makes it easier for dye to get into the cell and to mash the tissue thin enough to see one layer of cells.

I meant to use a Feulgen stain and thought I had some. I didn’t. I ended up using Methylene Blue, an old standby and was the stain I used originally back when I was young. The slides weren’t quite as clear as I would have liked but my son still got the experience of making his own slides.

The next step is to carefully smash the softened root tissue as flat as possible in an effort to get as close to one layer of cells. Usually I break the slide cover doing this, occasionally resulting in my finger bleeding all over the slide, but today it goes almost perfectly. 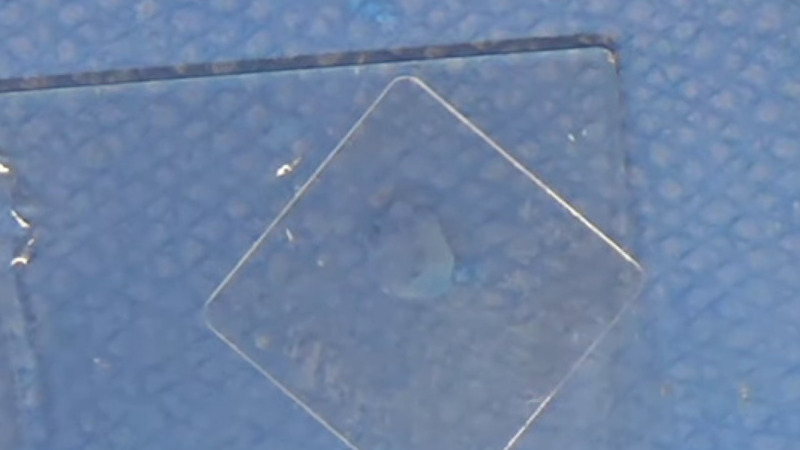 With that said, there is only so much flattening the “mash method” and part of the experience in looking through the eyepiece is continuous adjustment of the focus as the subject matter still has an amount of three dimensional aspect to it.

As can be seen in the images below, we caught all of the major phases of mitosis, my onions have been sacrificed for a worthy cause.

I loved my microscope, and still do, it represented my ability to study and learn on my own and yet see way more than I could than I could without it.  It also allowed me to focus my curiosity in a hidden realm and was a early gateway in my quest for science when I was young.