Join us on Wednesday, August 12 at noon Pacific for the Recreating Retrocomputers Hack Chat with Mike Gardi!

Building the first commercial computers in the late 1950s and early 1960s was certainly a complex a task, but building the computer industry was even harder. Sure, engineers were already getting on board with designing in silicon and germanium instead of glass and tungsten, and all digital circuits are really just abstractions of analog designs most of them were already familiar with. But what about all the other people who would need to get up to speed on the workings of digital computers? What good is a tool if the only people who know how to use it art the ones who built it?

To make computers make money, companies needed legions of installers, operators, programmers, marketers, and salespeople, and all of them needed training. And so early computer companies put a lot of effort into building training devices to get people up to speed. These trainers helped teach everything from basic logic circuits and Boolean relationships to simple programming concepts, and each of them contributed in their own way to developing the computer industry that we know today.

Mike Gardi has a unique hobby: among other things, he builds faithful replicas of some of the nicer examples of these lost bits of computing history. His reproduction of Claude Shannon’s Minivac 601 trainer is a great example of the art, as is the DEC H-500 Computer Lab build he’s currently working on. Along the way, he’s explored some side alleys on the road to our computerized world, like Dr. Nim and the paperclip computer. All his builds are lovingly created from 3D-prints and really capture the essence of the toys and tools of the time.

Join us as we take a trip inside this niche realm of retrocomputing and find out why Mike finds it fascinating enough to devote the time it obviously takes to build such exacting replicas. We’ll talk about what projects he’s got going on right now, what he has planned for the future, and maybe even dive into some of his secrets for such great looking 3D prints.

Our Hack Chats are live community events in the Hackaday.io Hack Chat group messaging. This week we’ll be sitting down on Wednesday, August 12 at 12:00 PM Pacific time. If time zones baffle you as much as us, we have a handy time zone converter. 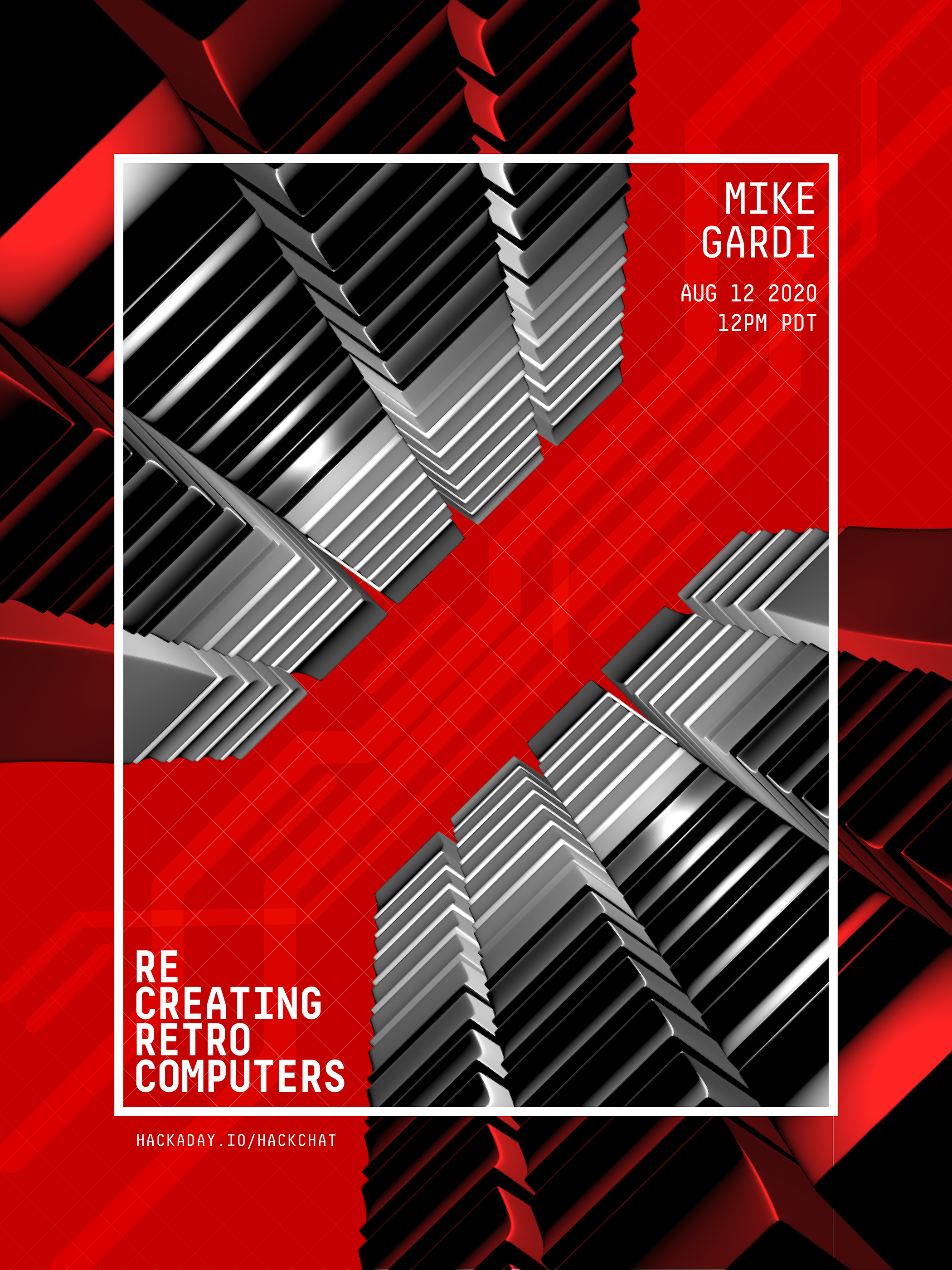