It should have come as no surprise to everyone paying attention that [Timon] won the Best Design in the 2019 Hackaday Prize for the Damn Linux Table one. He tells the story of the design is this superb overview video that includes a teardown of the prototype. In it we’re introduced to the aluminum plate that makes up the central slice of the tablet, with screen attached to the front side and the uniformed modular mounting holes milled around the edge of the back side that allows components and spacers to be easily positioned. 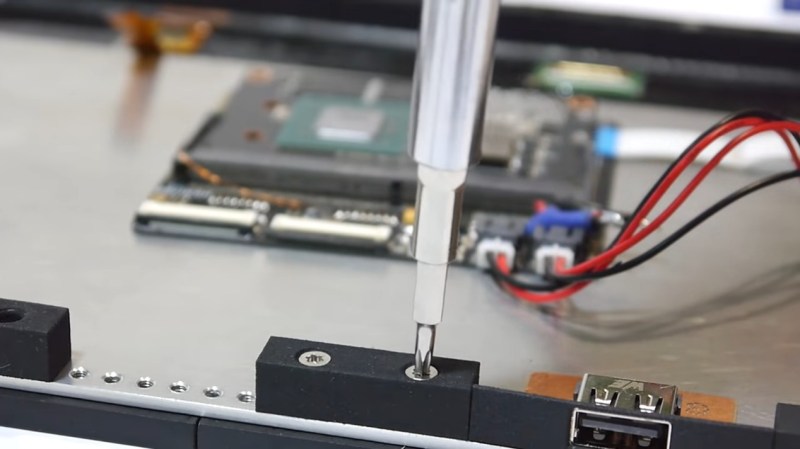 At the center of the plate is the “motherboard” designed to break out the IO of the Jetson Nano system-on-module (SOM). Flat cables bridge the gap from the motherboard to peripherals you choose to use. The really interesting thing about the Jetson is that it uses a SO-DIMM module and [Timon] went with a reverse-mount connector. That way, a cutout in the motherboard allows the module’s chip to pass through the circuit board and make contact with the aluminum plate as a heat sink. 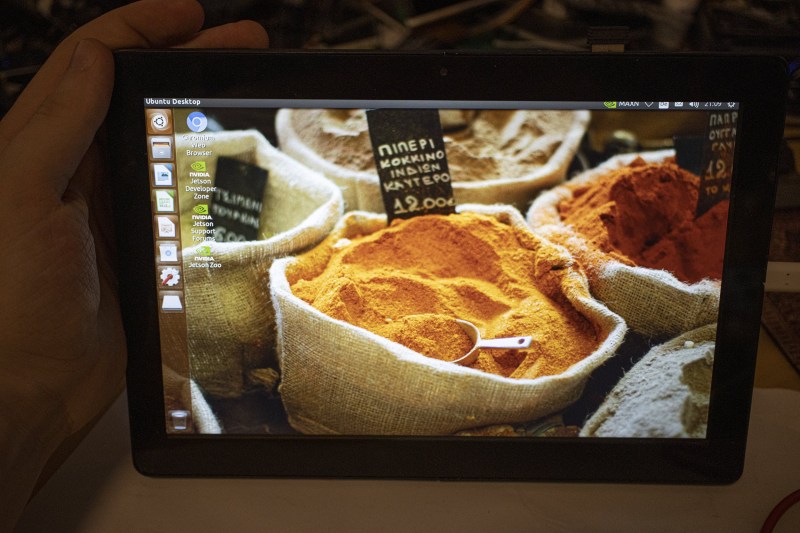 The $10,000 prize has allowed him to continue iterating on the design. Last month we were treated to an update on the progress of the tablet’s display. It was a struggle to get the DisplayPort screen working because there is a bug in the driver when dealing with 2-lane screens. The 10.1″ 4-lane screen shown here is working at a beautify 2560×1440. With that technical hurdle pushed aside, progress is once again under way to polish up the fit and finish and begin work on the battery management system.

Projects like this one are a tour de force of skills that at one time would have taken an entire company. The fact that this can be designed by one person is a testament to the hacker community sharing feedback and skill, the availability of design tools, the accessibility of supply chains for individuals, and above all the determination of Timon to see the project continue. Head on over to his project page, there’s a week’s worth of reading there and the opportunity to send kudos and constructive feedback.

27 thoughts on “Checking In On The Damn Linux Tablet One”