Let’s be honest, Ruth Grace Wong can’t teach you how to be a manufacturing engineer in the span of a twenty minute talk. But no-one can. This is about picking up the skills for a new career without following the traditional education path, and that takes some serious time. But Grace pulled it off, and her talk at the 2019 Hackaday Superconference shares what she learned about reinventing your career path without completely disrupting your life to do so.

Ruth got on this crazy ride when she realized that being a maker made her happy and she wanted to do a lot more of it. See wanted to be “making stuff at scale” which is the definition of manufacturing. She took the hacker approach, by leveraging her personal projects to pull back the veil of the manufacturing world. She did a few crowd funding campaigns that exposed her to the difficulties of producing more than one of something. And along the way used revenue from those projects to get training and to seek mentorships.

END_OF_DOCUMENT_TOKEN_TO_BE_REPLACED

Hackaday Contributor and all around good guy Kerry Scharfglass thinks about basic security for a living, and his talk is pitched at the newcomer to device security. (Embedded below.) Of course “security” isn’t a one-size-fits-all proposition; you need to think about what threats you’re worried about, which you can ignore, and defend against what matters. But if you’ve never worked through such an exercise, you’re in for a treat here. You need to think like a maker, think like a breaker, and surprisingly, think like an accountant in defining what constitutes acceptable risks. END_OF_DOCUMENT_TOKEN_TO_BE_REPLACED 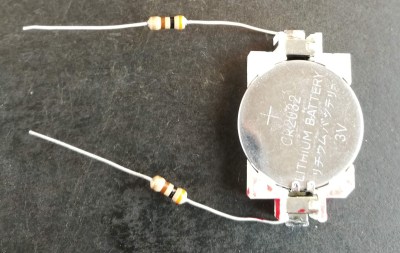 As you can see, the 2018 model was a very clever use of what was on hand. A CR2032 holder powered the probes and the probes themselves were two resistors. If you can get the LED to light with the probes you know which lead is the anode and which is the cathode. A little red ink makes it even more obvious. END_OF_DOCUMENT_TOKEN_TO_BE_REPLACED 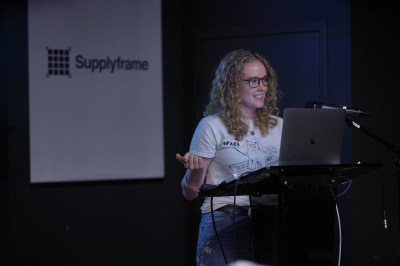 END_OF_DOCUMENT_TOKEN_TO_BE_REPLACED

When you’re a nation state, secure communications are key to protecting your sovereignty and keeping your best laid plans under wraps. For the USA, this requirement led to the development of a series of secure telephony networks over the years. John McMaster found himself interested in investigating the workings of the STU-III secure telephone, and set out to replicate the secure keys used with this system.

[John] had a particular affinity for the STU-III for its method of encrypting phone calls. A physical device known as a Crypto Ignition Key had to be inserted into the telephone, and turned with a satisfying clunk to enable encryption. This physical key contains digital encryption keys that, in combination with those in the telephone, are used to encrypt the call. The tactile interface gives very clear feedback to the user about securing the communication channel. Wishing to learn more, John began to research the system further and attempted to source some hardware to tinker with.

As John explains in his Hackaday Superconference talk embeded below, he was able to source a civilian-model STU-III handset but the keys proved difficult to find. As carriers of encryption keys, it’s likely that most were destroyed as per security protocol when reaching their expiry date. However, after laying his hands on a broken key, he was able to create a CAD model and produce a mechanically compatible prototype that would fit in the slot and turn correctly.

END_OF_DOCUMENT_TOKEN_TO_BE_REPLACED

First-time visitors to Disneyworld often naively think they’re going to “do” the park in three days: one day for the Magic Kingdom, one day for Epcot, and one day for everything else. It’s easy to spot such people, collapsed on a bench or dragging exhausted kids around while trying to make their way to the next must-see attraction. Supercon is something like that — a Disney-esque theme park for hackers that will exhaust you if you don’t have a plan, and if you don’t set reasonable expectations. Which is why I was glad that I set only one real goal for my first Supercon: take the SMD Soldering Challenge.

Now, while I’m pretty handy with a soldering iron, I was under no illusion that I would be at all competitive. All my soldering experience has been with through-hole components, and while I also used to doing some production soldering on fine-pitch connectors, the whole surface-mount thing is new to me. I entered mainly because I wanted to see what was possible coming in raw. At best I’d learn what my limits are, and at worst I’d fail spectacularly and provide grist for a “Fail of the Supercon” post. It’s a win either way.