From Soviet Russia With Love

For as much fanfare the small modular reactor (SMR) concept is getting these days, it is not a new concept by any means. For example, the reactors which power military vessels and submarines for the US, France, China, and Russia are SMRs. They’re largely self-contained units, which in the case of naval reactors can use either low-enriched or high-enriched (mostly US) uranium fuel, thermal output of less than 100 MW to a few hundred MW and a fuel life of around 10-30 years.

The only nation to currently use SMRs in commercial service is Russia, whose first SMR (the EGP-6) is essentially a scaled-down version of the RBMK reactor (made popular by Chernobyl’s #4 reactor), with 12 MW electrical power. Four of these reactors were built in the 1970s at the Bilibino Nuclear Power Plant, of which three are still operational today. These reactors are scheduled to be replaced by the KLT-40S SMR onboard the Akademik Lomonosov, which generates about 52 MW of electrical power.

The world’s only nuclear-powered container ship, the Sevmorput, utilizes the KLT-40 SMR, as do Russian icebreakers like the Taymyr. The company behind the KLT-40 (OKBM Afrikantov) has recently seen its successor RITM-200 SMR go into commercial service first with the LK-60Ya series icebreakers. These SMRs are designed to be refueled every six to ten years, with 55 MW electrical output power (55 MWe) for the RITM-200, or 120 MWe in the case of the larger RITM-400 (315 MW thermal output power, or MWth).

Other nations have not had nearly as much experience with SMRs as Russia, although Argentina is in the final stages of construction with its 25 MWe CAREM SMR project, and China is constructing its first SMR in the form of the 125 MWe ACP100. Nations such as South Korea have licensed designs that still require an interested commercial party to construct them. Toshiba’s 4S SMR was scheduled for installation in Alaska until the project was cancelled in 2011.

Clearly, licensing an SMR has a lot of background history to reference when considering NuScale’s new SMR design.

Among the NRC‘s tasks since its creation in 1974 has been the regulating of commercial nuclear power plants. This includes certifying that a new reactor design is safe for construction and operation within the US. Such a design certification is valid for 15 years, with renewal required after that every 10 to 15 years. 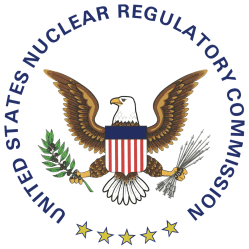 In the NRC’s ‘Backgrounder on New Nuclear Plant Designs‘ some of the things which they are looking for in new designs are covered. These include designs that improve on existing designs by being simpler and using forces like gravity to their advantage. This is for example reflected in the Generation III+ reactor designs compared to the Generation II designs, where the former almost invariably uses gravity and thermal properties of the cooling loops for passive cooling.

Taking a look at the review schedule page for the NuScale SMR, we can see the various stages that the licensing process went through. After the initial application and the acceptance review, the safety review begins in earnest. For NuScale’s design, Phase 1 began in April of 2018 with the preliminary Safety Evaluation Report (SER). This was followed by Phase 2, which created a new SER based on newly provided information after questions raised during Phase 1. After phases 3-6, this culminated in the final SER (FSER), which was accompanied by this letter to NuScale from Anna H. Bradford, the director of NRC’s Division of New and Renewed Licenses.

In the NRC’s news release on the FSER completion, it was noted that they met the agency’s 42-month technical review schedule and that the next step will be the rulemaking process in which the design will be formally certified. This certificate would “[allow] a utility to reference the design when applying for a combined license to build and operate a nuclear power plant”.

The FSER documents are all publicly available on the NRC website. Chapter 1 (‘Introduction and General Discussion’) covers a broad overview of the entire process that the NuScale application went through. It covers the graded review approach, with different aspects of the design being considered using one of four different norms depending on whether they are safety-related and risk significant (A1) down to not safety-related and not risk significant (B2).

Since LWRs (Light Water Reactors) and SMRs are not a new thing as we saw earlier, they were able to use a standard reference (NUREG-0800, “Standard Review Plan for the Review of Safety Analysis Reports for Nuclear Power Plants: LWR Edition”, specifically the SMR section). During interviews and meetings with NuScale engineers, the NRC staff took pains to get answers on all pertinent points, including whether failures on a B2 level item might have implications for a B1 or A-level item.

For each item, NuScale’s claims are examined, using experimental data (provided by NuScale’s engineers) to back up said claims. NuScale’s NIST-1 (NuScale Integral System Test Facility) is an experimental facility created by NuScale to examine the conditions in the reactor vessel and elsewhere that would occur in a working reactor system. Over two million pages of data and other information were prepared by NuScale and send to the NRC to aid in the certification process.

Involving the Industry and Academia

Having a massive staff on hand at the NRC who would only handle NRC-related tasks would be rather nuts, ergo the NRC has a fairly small staff, with a lot of contracts being awarded to commercial firms, non-profit organizations, and universities each year, covering everything from technical assistance to research. This in addition to the research programs that are sponsored by the NRC, in order to enhance the agency’s understanding of any relevant topics, covering topics like materials science, safety approaches, and the exact properties of new technologies and materials.

This information is then captured in regulation documents (NUREGs), which are subsequently used by the licensing and re-licensing of nuclear reactors. The NRC maintains a large library section on their website which includes NUREGs. All of which serves to makes the entire nuclear power regulation process as transparent as possible to the public, while also providing valuable information on the technologies, materials, and processes involved.

One of the NRC’s tasks is of course also to respond to current events, such as when in 2011 a massive tsunami and earthquake hit Japan’s East coast, leading to the accidents at the Fukushima Dai-ichi nuclear plant. Although the Japanese Diet (the commission that investigated the event) concluded that it was a human-made accident, causing the company in charge (TEPCO) to be nationalized, the NRC took steps to ensure that any lessons that could be learned from this accident would be applied to all US reactors, whether existing or yet to be built.

Along with the nationalization of TEPCO, Japan also reformed its old and inadequate nuclear regulatory commission into a new agency, the Nuclear Regulation Authority (NRA). This agency is styled more after the NRC’s structure, ensuring that it can be as impartial and science-driven as possible.

Although commercial nuclear power is the safest form of electricity production, with a very low carbon footprint, its image has been heavily tarnished by anti-nuclear sentiment. This significantly ups the ante when start-up companies like NuScale seek to use SMRs to massively decarbonize not only the electrical grid, but also replace other carbon-intensive sources such as in heating or hydrogen production. The NRC’s transparency is helpful there, but few will take the time to read through their comprehensive library or otherwise educate themselves.

NuScale’s FAQ reflects a certain level of frustration with ‘the usual questions’ as well. Within the commercial nuclear industry, but also in related fields there exists the wish that the focus could be on the science and technology, instead of on incorrect and/or outdated information. The already addressed safety aspect is one item there, as is the incorrect use of the term ‘nuclear waste’ for spent LWR fuel, which really is just fuel for fast neutron reactors.

The NRC, but also e.g. Canada’s equivalent (CNSC) are testament to a well-regulated industry, where scientists, engineers and countless others work together to create a better, cleaner world for the benefit of everyone.