For all the cool regenerative tricks the human body can do, it’s kind of weird that we only have one shot at tooth enamel with no way to get it back. That may be about to change, as researchers at the University of Washington have developed a lozenge that rebuilds this precious protective coating a few microns at a time and are taking it to the trial stage. Could it really work? It’s certainly something to chew on. 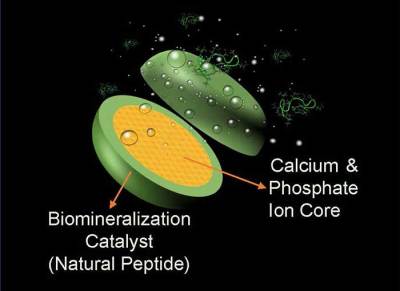 The lozenge uses a genetically-engineered peptide (a chain of amino acids) derived from a protein that’s involved in developing enamel in the first place, as well as with the formation of the root surface of teeth. Inside the lozenge, this peptide works alongside phosphorus and calcium ions, which are the building blocks of tooth enamel. It’s designed to bind to damaged enamel without harming the gums, tongue, or other soft tissues of the mouth.

The researchers have already verified the efficacy on teeth extracted from humans, pigs, and rats, so the trials will largely revolve around comparing it to other whitening methods and documenting their findings.

One added advantage is that the new enamel the lozenges produce is really white, because it’s brand new. These lozenges sound like an all-around great solution, especially compared with traditional whitening techniques that often make enamel weaker. The researchers are also developing an over-the-counter toothpaste and some kind of solution for hypersensitivity, which is right up our alley.

We are skeptical of course, because nothing in history thus far has been able to regenerate enamel. Then again, yours truly uses toothpaste with nano-hydroxyapatite, which is touted as a non-toxic version of the same mineral that makes up teeth and bones. Skepticism abounds with that stuff, too, although my grill looks better to me. But why settle for new enamel when you could regrow entire teeth?

45 thoughts on “Trials Begin For Lozenge That Rebuilds Tooth Enamel”