Logicsim from 1983 is the oldest one on our list, developed by Wun Chin Kau and Douglas Jones in support of computer science lab classes at the University of Iowa Computer Science department. It is a text-based simulator, open source for personal and research use, and written in Pascal. As recent as 2008, one user was able to compile it using FreePascal. 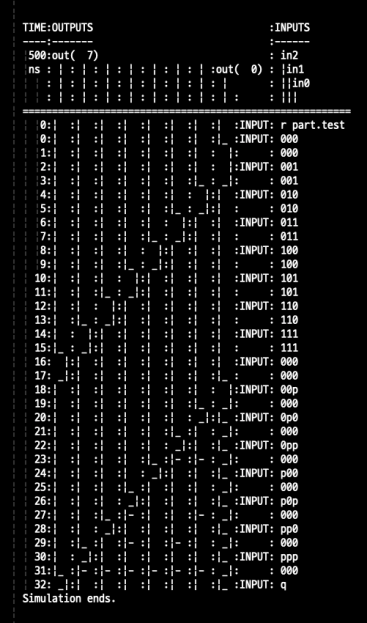 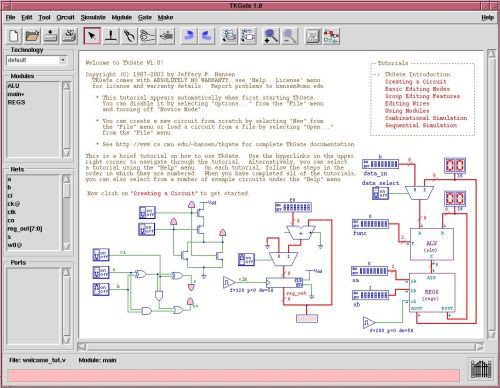 Next is TKGate, developed as a project by undergraduates in 1987 at the Carnegie Mellon University. It is written in C and Tcl, last updated in 2016, and maintained by Jeffery Hansen here on Sourceforge. Of all the simulators I found, this is the only one which contains a hidden pancake recipe.

The next one is Logisim (note the missing ‘c’), developed by Prof Carl Burch in 2000 for his students at the College of St Benedict and St John’s University in Minnesota. Written in Java, it is open source and is available on Sourceforge. He changed focus in 2013 to develop a follow-on program called Toves, also open source on Sourceforge, but written in C#/Mono. It appears both projects have been abandoned, though are still available. Logisim seems to have been quite popular among colleges and universities 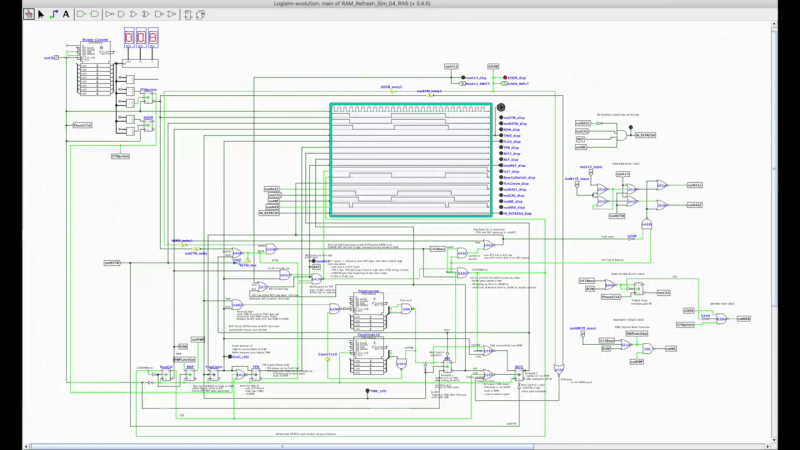 There are a number of forks of Logisim which popped up to fill the void when Prof Burch stepped aside. Among these are:

Logic Circuit and a Few Others 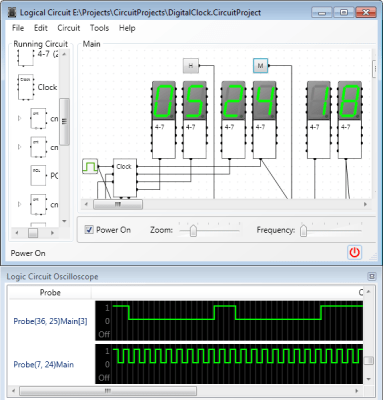 Logic Circuit, developed in 2016, is open source written in Visual Studio for Windows.

Missing in action is a program called logic-sim by Richard Reid of Michigan State University. We found this one explained in great detail in a computer science course syllabus at Emory University. Alas, the program itself is either proprietary or lost to internet digital rot.

Here are a few more from the replies to [Ken]’s tweet:

I was surprised by how many simulators are out there, although I was expecting more text-based command line tools like Logicsim. We’ve written about some of these logic simulators in the past, including the textual LogicEmu and a Javascript TTL Simulator. Do you use any of these simulators in your projects, or can you recommend one? And what’s your take on textual vs GUI interfaces for these tools? Let us know in the comments below.