Ding! That’s the bell for the second challenge round of the 2022 Hackaday Prize. If your project reuses or recycles what would otherwise be waste materials, or helps you to do the same for further projects, we want to see it. 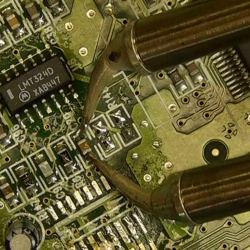 Hackers are often frugal folk — we’ll recycle parts for projects because it’s easier on the pocketbook when prototyping. But in these strangest of times, when we’ve seen $1 microcontrollers in such shortage that they fetch $57 apiece (if you can get the parts at all), making use of what you’ve got on hand can be an outright necessity. If this is going to become the new normal, it’s going to make sense that we automate it. There’s gold, literally and metaphorically, in busted PCBs. How are you going to get the most value out of our broken electronic waste in our post-apocalyptic near future? Have you built an unpick-and-unplace machine? We’d like to see it. 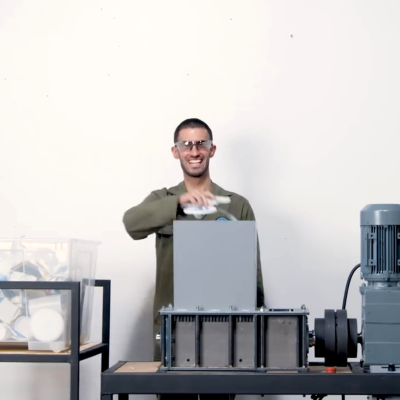 But electronic parts are a small fraction of your recyclable materials, and plastics might play a larger role. If you’re a 3D printerer, you’ve doubtless thought about recycling plastic bottles into filament. Or maybe you’d like to take some of the existing plastics that are thrust upon you by this modern world and give them a second life? This factory churning out paving stones by remelting plastic with sand is doing it on an industrial scale, but could this be useful for the home gamer? Precious Plastic has a number of inspirational ideas. Or maybe you just need an HDPE hammer?

Have you built a fancy can crusher, or a plastics sorter, or a recycling robot? Head on over to Hackaday.io, write it up, and enter it into the Prize!

Basically any project that helps you recycle or reuse the material around you is fair game here. (But note that if you’ve got epic repair hacks, you’ll want to enter them in the upcoming Round Three: Hack it Back.) This round runs until June 12th and there are ten $500 awards up for grabs, so get hacking!