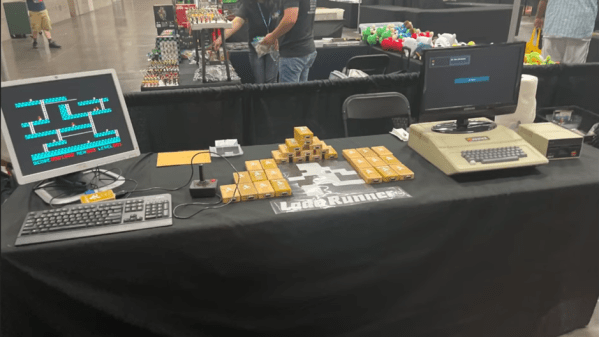 As disruptive and generally unpleasant as the pandemic lockdowns of 2020 were, they often ended up being a catalyst for significant personal growth. That was often literal growth, thanks to stress eating, but others, such as [Eric Badger], used the time to add skills to his repertoire and build a breadboard 6502 computer and so much more.

For those of you looking for a single endpoint to this story, we’re sorry to disappoint — this isn’t really one of those stories. Rather, it’s a tale of starting as a hardware newbie with a [Ben Eater] 6502 breadboard computer kit, and taking it much, much beyond. Once the breadboard computer kit was assembled, [Eric] was hooked, and found himself relentlessly expanding it. At some point, he decided to get the classic game Lode Runner going on his computer; this led to a couple of iterations of video cards, including a foray away from the breadboards and into PCB design. That led to a 6502 emulator build, and a side quest of a Raspberry Pi Pico Lode Runner appliance. This naturally led [Eric] to dip a toe into the world of 3D printing, because why not?

Honestly, we lost track of the number of new skills [Eric] managed to add to his toolkit in this video, and we’re sure this isn’t even a final accounting — there’s got to be something he missed. It’s great stuff, though, and quite inspirational — there’s no telling where you’ll end up when you start messing around with hardware hacking.