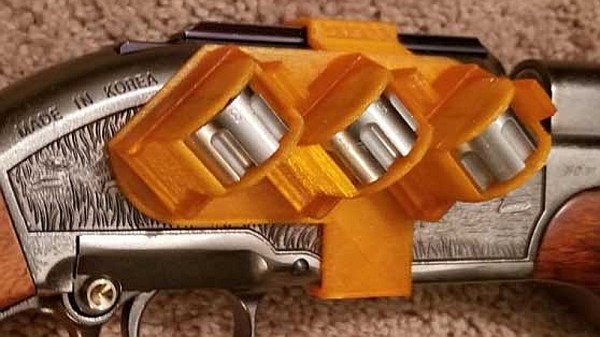 It’s interesting to peek into other scenes and niches and see how they intersect with things that one may find commonplace, like 3D printing. In this case, [NewToOldGuns] wrote a guest blog post for PyramydAir (a retailer, so be prepared for a lot of product links) about how 3D printing has completely transformed the experience of how he uses one of his favorite airguns, and allowed him to make changes and improvements that would not otherwise have been practical.

Not only are the 3D printed improvements thoughtful and useful, but it’s interesting to see familiar insights into the whole design process. After explaining some 3D printing basics, he points out that rapid iteration is key to effective prototyping, and a 3D printer can allow that to happen in a way not previously possible.

It all started with the small magazine which holds the rifle’s projectiles. It would be really handy to pre-load these for easier reloading, but there were practical problems preventing this. For one thing, there’s nothing to really hold the pellets in place and keep them from just falling out when it’s not loaded into the gun. Also, loading them into the gun without letting anything fall out was awkward at best. The solution was to design a simple holder that would cradle the magazine and cover the front and back to keep everything in place. [NewToOldGuns] also designed it so that it could mate directly to the gun, so the magazine could simply be pushed straight into the receiver while the action was held open.

Once this simple part was working, the floodgates of creativity were opened. Next was a belt attachment to hold multiple reloads, followed by a decision to mount the reloads directly onto the gun instead. An improved lever and sights quickly followed.

I also demonstrated the iterative approach to prototyping when I designed a simple alarm to detect when my 3D printer’s filament had run out. [NewToOldGuns] observes that the real power of 3D printing isn’t being able to make bottle openers or coat hooks on demand. It’s the ability to imagine a solution, then have that solution in hand in record time.

The registration desk hasn’t opened yet at ShmooCon 2009, but we’re already running into old friends. We found [Larry Pesce] and [Paul Asadoorian] from the PaulDotCom Security Weekly podcast showing off their latest ShmooBall gun. ShmooBalls have been a staple of ShmooCon from the very beginning. They’re soft foam balls distributed to each of the attendees who can then use them to pelt the speakers when they disagree. It’s a semi-anonymous way of expressing your dismay physically. [Larry] has been building bigger and better ways to shoot the ShmooBalls for the last couple years. You may remember seeing the 2008 model. This year the goal was to make the gun part much lighter. The CO2 supply is mounted remotely with a solenoid valve and coiled air line. The pistol grip has a light up arming switch and trigger. The gun is fairly easy to transport: the air line has a quick disconnect and the power is connected using ethernet jacks.