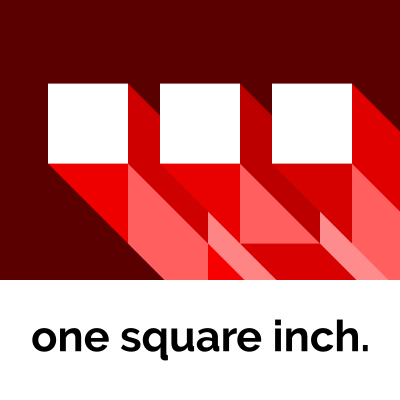 [alpha_ninja] proves that Hackaday.io is not just about great projects, but about an awesome community. Over this past week [alpha_ninja] has created The Square Inch Project, which is a grass-roots contest. The contest rules are pretty simple: The project PCB must fit in a 1″ x 1″ square. That’s 2.54 cm for those that don’t use freedom units. Smaller than a square inch is fine. If the project has multiple PCBs like a cordwood module, ALL the PCBs must still fit within the 1″ x 1″ square. Hackaday.io users coming up with cool contest ideas and inviting everyone to take a shot at winning? Awesome!

Though the contest has been up for less than a week, the square inch project already has some great entries. 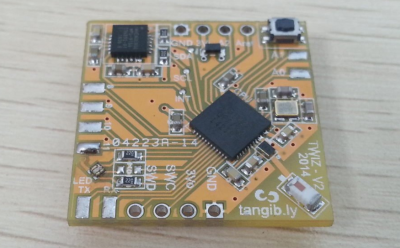 [Drix] has entered Twiz, a 9 degree of freedom Inertial Measurement Unit (IMU) with Bluetooth Low Energy (BLE) connectivity. Twiz senses its environment with a MPU9150 IMU chip. A nRF51822 provides the Bluetooth connection and ARM Cortex-M0 processor. Put all this together, and you’ve got a great way to determine where an object is in space. [Drix] has used Twiz to control everything from holographic projectors to room lights. Contests aren’t new to [Drix], he’s already entered Twiz in the 2015 Hackaday Prize. 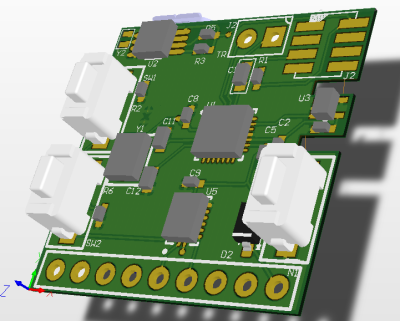 [WeisTekEng] has entered Micro DIY Lipo retro NumiTron clock. [WeisTekEng]  loves the classic IV-9 Russian numitron tubes. His plan here is to build a numitron clock driven by an ATmega328 microcontroller. The timebase for this clock is also a classic — The Dallas Semiconductor (now Maxim)  DS1307 I2C real-time clock chip. Everything is going to run on a single LiPo cell. Fitting within the project constraints, the board will be only 1″ square. This is [WeisTekEng’s] first big project on Hackaday.io, so we’re happy to see him join the community. He’s also just getting started, so the PCB’s only exist in the virtual word of his EDA software for now. We’re looking forward to reading the numitron clock! 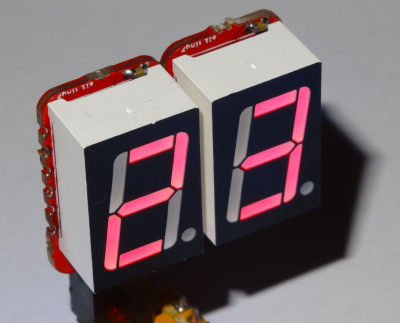 [Al1] has entered tiny7, a 7 segment display which is compatible with Atmel ISP headers. Ever notice those 6 pin headers on the Arduino? That’s the ISP connector, used to program the ATmega328 micro. In many designs these valuable IO pins spend most of their time unused. [Al1] decided to give them a purpose – displaying data! He’s connected a 75HC595 shift register to the SPI pins of the ISP header. Data clocked into the ‘595 is displayed on a 7 segment display. [Al1] designed the boards with castellated connections on the sides. Some careful soldering allows the boards to be daisy chained. Several 7 segment displays to be driven from a single ISP header.

[Radomir Dopieralski] is using The Square Inch Project as a learning platform as well. He’s entering Nyan Board, a tiny PCB shaped like everyone’s favorite rainbow pooping cat. [Radomir] is using nyan board to learn how to work with ATtiny microcontrollers. Due to memory constraints, these little controllers can be a bit harder to program than their bigger brothers. [Radomir’s] early goals for Nyan are humble ones – he will be happy to have the cat’s eyes flash while it plays the Nyan Cat tune. Once that task is complete, the RAM and Flash of the ATtiny microcontroller will be his only constraints.

The contest deadline isn’t until November 28, 2015, so there is still plenty of time to enter. If you want to see more of the entrants, check out The Square Inch Project page, or the entrant list. Want to know more? Ask a question on the project page, or drop [Alpha_Ninja] a message!