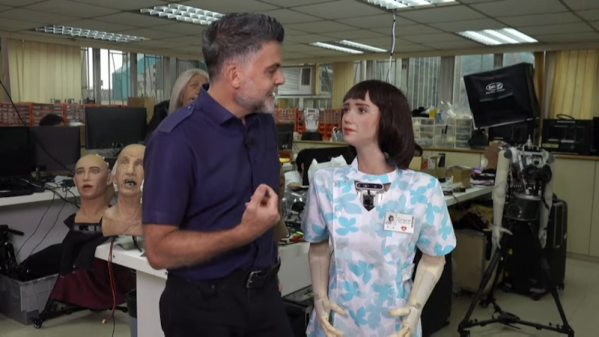 Hanson robotics wants to make robots, but not “Lost in Space” [Robby] robots. Think more [Data] from Star Trek robots. They’ve announced [Grace], a lifelike robot made to take on nursing duties for doctors and the elderly. In conjunction with Singularity Studio, the robot resembles the company’s [Sophia] robot which is made to be as realistic as possible given current technology and, apparently, has Saudi citizenship.

The robot has heat-sensitive cameras and other sensors so it can read data from patients directly. It uses the company’s Frubber for the face. The company says:

[Frubber is] a proprietary nanotech skin that mimics real human musculature and skin. This allows our robots to exhibit high-quality expressions and interactivity, simulating humanlike facial features and expressions.