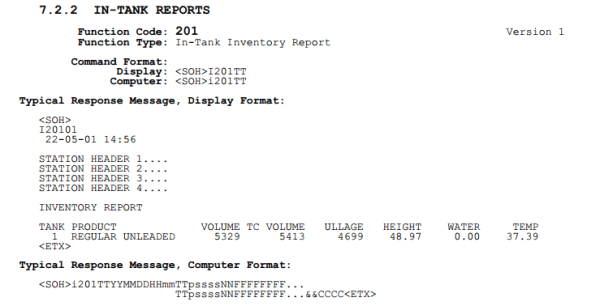 [HD Moore] recently posted an article on Rapid 7’s blog about an interesting security problem. They’ve been doing some research into the security of automated tank gauges (ATGs). These devices are used at gas stations and perform various functions including monitoring fuel levels, tracking deliveries, or raising alarms. [Moore] says that ATGs are used at nearly every fueling station in the United States, but they are also used internationally. It turns out these things are often not secured properly.

Many ATG’s have a built-in serial port for programming and monitoring. Some systems also have a TCP/IP card, or even a serial to TCP/IP adapter. These cards allow technicians to monitor the system remotely. The most common TCP port used in these systems is port 10001. Some of these systems have the ability to be password protected, but Rapid 7’s findings indicate that many of them are left wide open.

The vulnerability was initial reported to Rapid 7 by [Jack Chadowitz]. He discovered the problem due to his work within the industry and developed his own web portal to help people test their own systems. [Jack] approached Rapid 7 for assistance in investigating the issue on a much larger scale.

Rapid 7 then scanned every IPv4 address looking for systems with an open port 10001. Each live system discovered was then sent a “Get In-Tank Inventory Report” request. Any system vulnerable to attack would respond with the station name, address, number of tanks, and fuel types. The scan found approximately 5,800 systems online with no password set. Over 5,300 of these stations are in the United States.

Rapid 7 believes that attackers may be able to perform such functions as to reconfigure alarm thresholds, reset the system, or otherwise disrupt operation of the fuel tank. An attacker might be able to simulate false conditions that would shut down the fuel tank, making it unavailable for use. Rapid 7 does not believe this vulnerability is actively being exploited in the wild, but they caution that it would be difficult to tell the difference between an attack and a system failure. They recommend companies hide their systems behind a VPN for an additional layer of security.