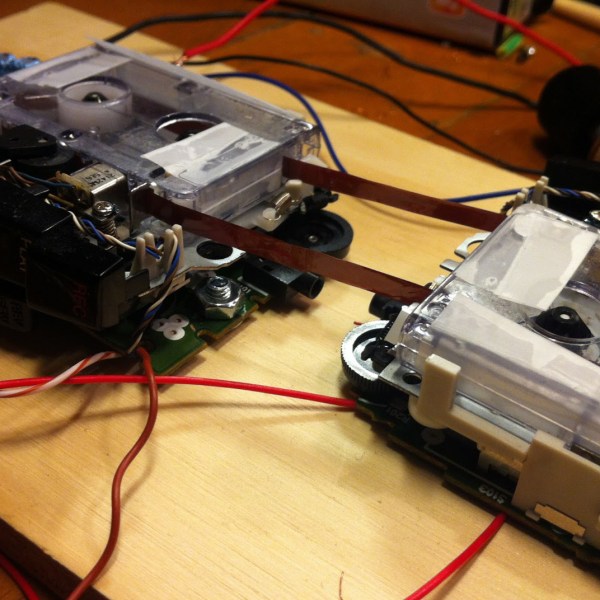 Long before audio engineers had fancy digital delays, or even crappy analog delays, there were tape delays. Running a tape around in a loop with a record and play head is the basis of the Echoplex and Space Echo, and both of these machines are incredible pieces of engineering.

Microcassette recorders are not, in general, incredible pieces of engineering. They do, however, have a strip of magnetic tape, a record head, and a play head. Put two of them together, and you can build your own tape delay.

The basic principle of a tape delay is simple enough – just run a loop of tape round in a circle, through a record and playback head, record some audio, and send the output to an amplifier. In practice, it’s not that simple. [dogenigt] had to manufacture his own tape loop from microcassettes, a process that took far too long and was far too finicky.

For a control circuit, [dogenigt] is using four audio pots and one linear pot for speed control. The audio pots are responsible for input gain, feedback, the amplitude of the clean signal, and the output of the signal after it’s been run through the delay.

Apart from being one of those builds that’s very dependent on the mechanical skill of the builder, it’s a pretty simple delay unit, with all the electronics already designed for a stripboard layout. You can hear an example of what it sounds like below.

END_OF_DOCUMENT_TOKEN_TO_BE_REPLACED 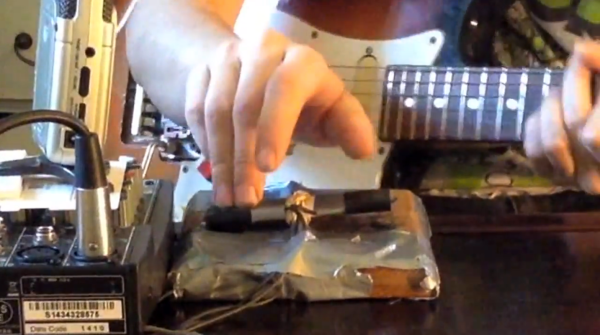