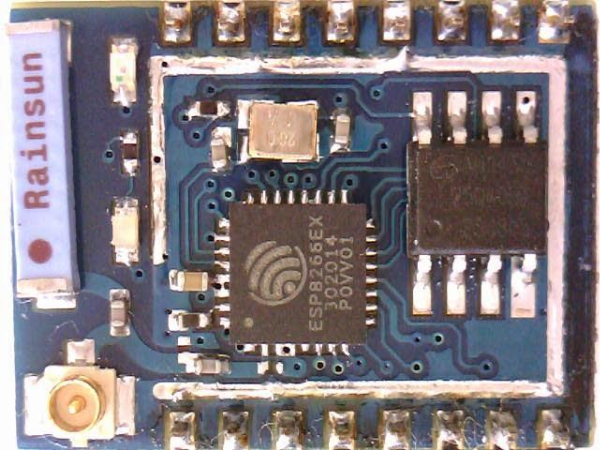 It seems the Far-East factories can’t churn out ESP8266 based modules fast enough to feed all the world’s hackers. Well, Pick-n-Place machines are human too, so it’s not too long before you end up with a messed up batch from a factory. [Tracker Johnny] found a bunch of ESP07 modules which had their resonator mounted the wrong way around, effectively making them DoA. The resonator mounting isn’t consistently wrong too – most have reported them 90 deg offset, while others had them 180 deg. off.

Unfortunately, you need some tools and skills to fix the error. The ESP07 modules have a metal shield which needs to be removed to access the resonator. This is best done using a hot air gun. With the cover removed, you need to de-solder the resonator, and put it back in the right orientation as shown in the pictures on [Tracker Johnny]’s blog. You can find other people reporting the same fault at this forum thread. Coming in the wake of the problem with magic smoke from ESP8266 based ESP01 modules we reported earlier, it seems obvious that quality comes at a cost.