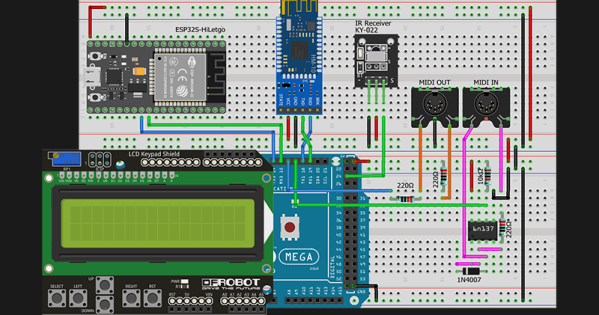 MIDI has been around for longer than most of the readers of Hackaday, and you can get off my lawn. In spite of this, MIDI is still commonly used in nearly every single aspect of musical performance, and there are a host of tools and applications to give MIDI control to a live performance. That said, if you want a MIDI foot controller, your best bet is probably something used from the late 90s, although Behringer makes an acceptable foot controller that doesn’t have a whole bunch of features. There is obviously a need for a feature packed, Open Source MIDI foot controller. That’s where the Pedalino comes in. It’s a winner of the Musical Instrument Challenge in this year’s Hackaday Prize, and if you want a MIDI foot controller, this is the first place you should look.

With the Pedalino, you can change the presets of your guitar rig, turn old MIDI equipment into something that’s USB-compatible, give you hands-free or foot-occupied ways to control your rig during a live performance, and it can be expanded with WiFi or Bluetooth. This is a full-featured MIDI controller, with three user profiles, and it can control a maximum of 48 foot switches. That’s an impressive amount of kit for such a small device; usually you’d have to spend hundreds or even thousands of dollars for a simple MIDI controller, and the Pedalino does everything with very cheap hardware.

While the Pedalino is just in its prototype phase now, there is obviously a market for a feature-packed MIDI foot controller. It might just be a breadboard and a Fritzing diagram, but there’s significant work being done on the software side, and we’re looking forward to this being stuffed into a gigantic aluminum enclosure and velcroed to a pedal board.