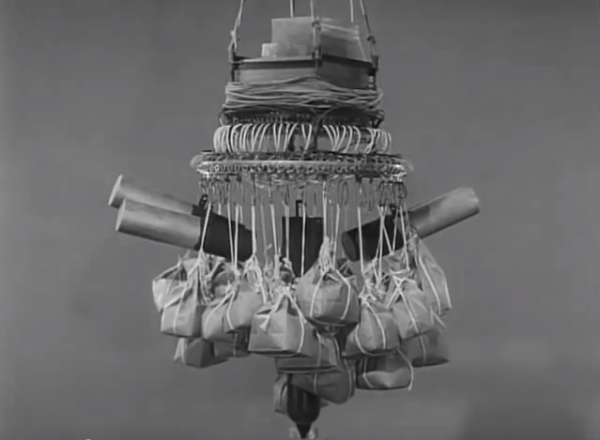 Unmanned Aerial Vehicles (UAV) are all the rage these days. But while today’s combative UAV technology is as modern as possible, the idea itself is not a new one. Austria floated bomb-laden balloons at Venice in the middle 1800s. About a hundred years later during WWII, the Japanese used their new-found knowledge of the jet stream to send balloons to the US and Canada.

Each balloon took about four days to reach the western coast of North America. They carried both incendiary and anti-personnel devices as a payload, and included a self-destruct. On the “business end” of the balloons was the battery, the demolition block, and a box containing four aneroid barometers to monitor altitude. In order to keep the balloons within the 8,000 ft. vertical range of the jet stream, they were designed to drop ballast sandbags beginning one day into flight using a system of blow plugs and fuses. In theory, the balloon has made it to North American air space on day four with nothing left hanging but the incendiaries and the central anti-personnel payload.

Although the program was short-lived, the Japanese launched some 9,300 of these fire balloons between November 1944 and April 1945. Several of them didn’t make it to land. Others were shot down or landed in remote areas. Several made the journey just fine, and two even floated all the way to Michigan. Not bad for a rice paper gas bag.