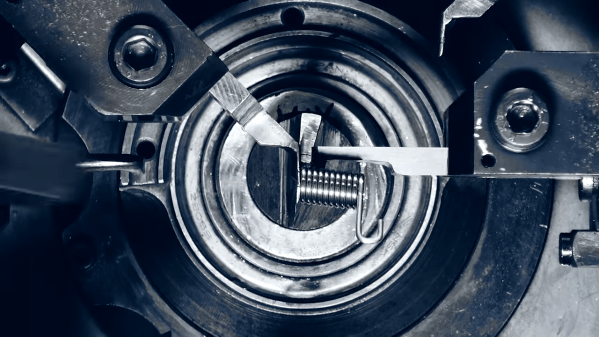 Many machines make music as a side effect, as anyone who owns a 3D printer can confirm. [工場音楽レーベルINDUSTRIAL JP] is working on a project to meld music and machinery in new ways. They are building a record label and a playlist based on the sights and sounds of small factories in Japan. Their videos combine the hypnotizing, rhythmic beauty of precision manufacturing process with music from local artists, and the result is like r/SoundsLikeMusic met up with How It’s Made and created a series of un-narrated industrial fever dreams.

While the focus is on high-tech factories, the content of these moodily-lit videos is pretty diverse. Never before have we been so mesmerized by the folds of an air filter or the pressing of vinyl records. Our favorite might be GOKO BANE, which takes a bumpin’ look around the Goko Spring factory. It makes us want to throw on some rags and dance like they do down in Zion.

Once in a while they will play around with the video speed of the factory process for effect, and it works nicely. If there’s any downside, it’s that no one process is shown from start to finish. But that’s not the point, anyway.

Don’t have access to a factory? Us either. But if you can get stepper motors, it’s pretty easy to make music by driving them forward, or even backward.

Thanks for the tip, [KILLERGEEK].