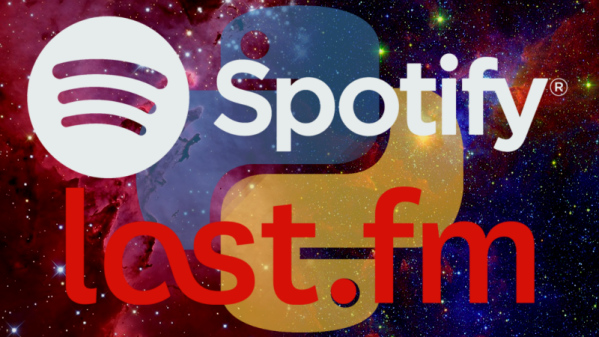 Back in the early days of social media and Web 2.0, Last.fm was one of the premier music sites on the internet. With a huge library containing what felt like every song ever, along with an excellent algorithm for recommending new tracks, it quickly gained a large following. Unfortunately, its business model and following changed over the years, but there’s still a diehard userbase. [Hexalyse] was unhappy with Spotify’s algorithms, so built a tool to allow her to shadow what Last.fm users were listening to in real time.

Last.fm’s major feature is that it allows you to tell others what you’re listening to, by “scrobbling” your tracks as you play them. It’s possible to scrape this live data from any user via the Last.fm API, making the project possible. [Hexalyse] whipped up a Python script to query a selected user’s current playing track via Last.fm, before then handing the song data to the Spotify API to play the music locally.

It’s a fun way to find new music, relying on human taste rather than a pile of data center algebra. [Hexalyse] has uploaded the code to Github if you’re eager to try it for yourself. Of course, you get bonus points if you integrate it with Spotify on the Macintosh SE/30.