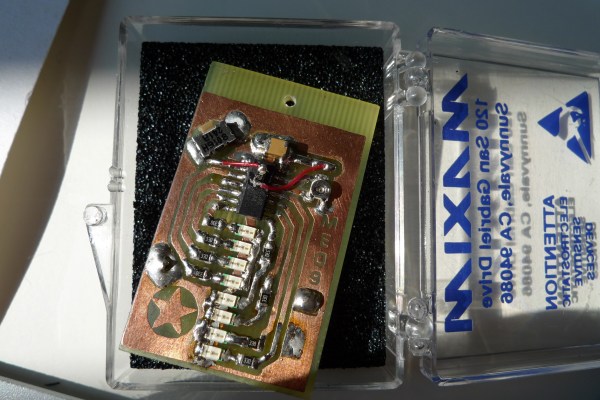 END_OF_DOCUMENT_TOKEN_TO_BE_REPLACED

De Beers would have you believe that only diamonds will do, but hackers are hardly ones to follow convention. How better to say “I love you” than with a MakerBot-extruded black ABS engagement ring? [Adam Elkins] did just that, creating the design with a combination of GIMP, SketchUp and Blender, then producing the final output on a MakerBot at Philadelpha hacker space Hive.

From the steampunk wedding at the 2008 Maker Faire, to the science-meets-romance web comic xkcd, hackers certainly have some unique ways of expressing their devotion. What are some of the wildest or most charming that you’ve seen? Comments are open…speak now or forever hold your peace.

Oh, and the engagement ring? She accepted. Congratulations to the lucky couple!