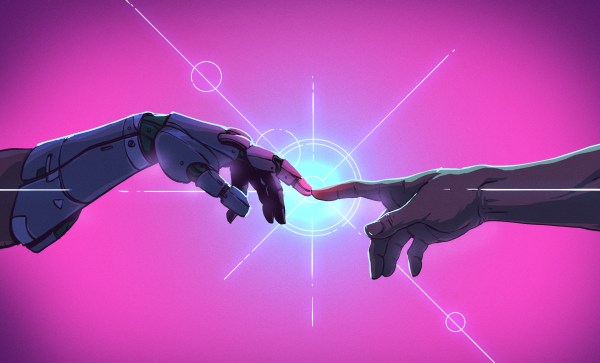 When Nathan Copeland suffered a car accident in 2004, damage to his spinal cord at the C5/C6 level resulted in tetraplegic paralysis. This left him initially at the age of 18 years old to consider a life without the use of his arms or legs, until he got selected in 2014 for a study at the University of Pittsburgh involving the controlling of a robotic limb using nothing but one’s mind and a BCI.

While this approach, as replicated in various other studies, works well enough for simple tasks, it comes with the major caveat that while it’s possible to control this robotic limb, there is no feedback from it. Normally when we try to for example grab an object with our hand, we are aware of the motion of our arm and hand, until the moment when our fingers touch the object which we’re reaching for.

In the case of these robotic limbs, the only form of feedback was of the visual type, where the user had to look at the arm and correct its action based on the observation of its position. Obviously this is far from ideal, which is why Nathan hadn’t just been implanted with Utah arrays that read out his motor cortex, but also arrays which connected to his somatosensory cortex.

As covered in a paper by Flesher et al. in Nature, by stimulating the somatosensory cortex, Nathan has over the past few years regained a large part of the sensation in his arm and hand back, even if they’re now a robotic limb. This raises the question of how complicated this approach is, and whether we can expect it to become a common feature of prosthetic limbs before long. END_OF_DOCUMENT_TOKEN_TO_BE_REPLACED