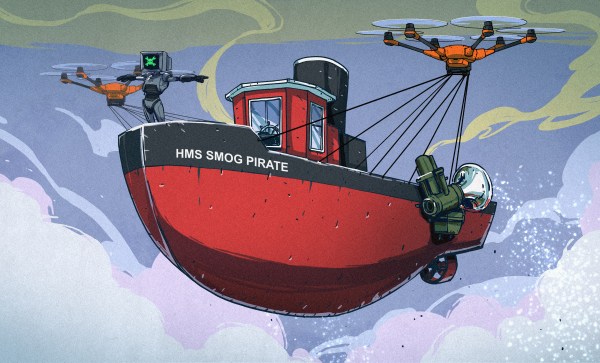 Carbon dioxide has long drawn the ire of an environmentally-conscious humanity. Released from combustion of fossil fuels, levels of CO2 in the atmosphere are higher now than at any point in the past 400,000 years. With the warming effects this has on the global environment, bringing these numbers down is a primary goal of scientists and policy makers worldwide.

However, this only tells part of the story. Carbon dioxide is not alone in its role as a greenhouse gas, with many others contributing significantly to global temperature rises. As humanity struggles to keep warming below 2 degrees C over the century, strategies will be needed to tackle the problem on all fronts.

There’s A Bad Smell Around Methane

Methane is a remarkably potent greenhouse gas, having 28 times the warming potential of CO2 by weight over a 100-year period. Historically, it’s mostly been released from natural sources, like bacteria processing organic material in stagnant watercourses, or from thawing permafrost. However, scientists now consider around 60% of methane in the atmosphere to be a direct result of human activity.

Agriculture is a major contributor in this area. Ruminant animals raised for human consumption are major methane emitters, as the microbes in their digestive systems release the gas when breaking down plant material. With the demand for meat and dairy showing no signs of slowing down, this could prove difficult to tackle. There are a variety of other diffuse sources of the gas, too. Landfills and sewage plants have significant methane emissions of their own, and it’s also often released from oil and gas drilling operations, too.

Levels of methane in the atmosphere have been low compared to carbon dioxide. Methane also tends to have a short life in the atmosphere, of around 9 years. These factors have meant that methane has historically been of lower concern to environmental organisations. However, after levels plateaued from the 1990s to the mid-2000s, they have once again begun to climb precipitously. Scientists have yet to identify the cause of this rise, and it has the potential to undo hard-fought gains in the fight against global warming on the CO2 front. Theories range from a reduced level of chemicals that break down methane in the atmosphere, to increased livestock production or the rise of the hydraulic fracturing industry.

Whatever the cause of the recent rise, stemming the increase will require significant work. The Environmental Defence Fund is launching MethaneSAT in an attempt to better locate and quantify releases to the atmosphere, aiming to stem easily-fixed leaks in fossil fuel operations. Other ideas include using antibiotics to reduce animal’s methane output, or to capture the emissions from landfills and use them as an energy source. It’s likely a rigorous approach to both monitoring and emissions reduction will be required to keep methane levels in check.

Nitrous oxide isn’t just the favorite gas of the Fast and the Furious. It’s also a potent greenhouse gas, with 300 times the warming potential of carbon dioxide, pound for pound. With plenty of staying power, it sticks around in the atmosphere for 114 years on average. With 40 percent of NOx emissions coming from human activity, it’s a significant player as far as greenhouse gases go.

Fertilizer use in agriculture is the major contributor to nitrous oxide releases into the atmosphere. As farms push for ever-greater yields, there has been a corresponding increase in the use of nitrogen-containing fertilizers. Other lesser sources include fossil fuel combustion and various chemical production processes.

Reducing nitrous oxide emissions to any major degree is a difficult problem. Reducing farm yields is impractical if we wish to continue feeding as many people as possible. Increasing the efficiency of fertiliizer application is instead a more viable way to go. By applying fertilizers in the right way, in the right quantities at the right time, has the benefit of both reducing nitrous oxide emissions as well as cutting costs for farming operations. Other gains in this space can be made by reducing fossil fuel use by switching to renewable energy production, or cleaner burning technologies. The famous catalytic converter, introduced to gasoline-powered vehicles in the 1970s, plays a major role in reducing these emissions, and urea injection does much the same for diesel engines, which we’ve talked about before.

Recently, sulfur hexafluoride has come under scrutiny. Also known by its chemical formula, SF6, it’s a highly potent greenhouse gas, with a warming potential of over 23,000 times that of CO2. Prized for its performance as a gaseous dielectric medium, it’s used heavily in high-voltage circuit breakers in modern electricity grids. It enables the construction of much more compact switchgear, while remaining safe and reliable in operation.

Concentrations of SF6 have begun to tick up in recent times, raising alarm bells. Speculation is that this is down to leaks of the gas from electrical equipment. As the world’s energy mix changes, grids have come to rely on more distributed generation, from sources like wind farms and solar. This mode of generation necessitates many more connections to the grid, which means more switchgear, and thus more SF6 out in the wild.

Work is afoot to slow this trend before things get out of hand. A replacement has been developed in a collaboration between ABB and 3M, by the name of AirPlus. While the production process releases more CO2, over the lifecycle of an installation, AirPlus-based switchgear should have far lower impact on warming. This is due to the fact that when released into the atmosphere, AirPlus degrades under UV light exposure in just 15 days, versus 3200 years for SF6. Its global warming potential is less than 1, meaning it has less of a warming effect than even CO2, while delivering comparable dielectric performance to SF6. Variants are available for both medium and high voltage applications.

Over time, as goverments work to reduce the prevalance of SF6 in new installations, its likely that we’ll see AirPlus and other alternatives gain steam. The gas has already been banned in the EU for all non-electrical purposes, since 2014. Industry is typically slow to act unless there’s a strong business case, so government intervention is likely to be the game changer that pushes adoption of newer, cleaner technology in this space.

SF6 is just one of a series of fluorinated gases that have significant global warming potential. Many of these were introduced as replacements for chlorofluorocarbons (CFCs), which tend to eat a hole in the ozone layer. Thankfully, that problem was largely solved when production of CFCs was tailed off in 1996, but their replacements can still cause further troubles.

With lifetimes in the hundreds to thousands of years in the upper atmosphere, gases like hydrofluorocarbons and perfluorocarbons have an outsized effect on atmospheric warming, thousands of times that of CO2 on a per-molecule basis. They have applications as aerosol propellants, solvents, and fire retardants, but their primary use is as refrigerants in cooling systems. HFC-134a is the most well-known, used widely in air conditioning systems worldwide, and particularly in motor vehicles. This has led to its position as the most abundant HFC in the atmosphere.

Efforts are in place to limit the impact of these chemicals, through precautionary measures. This involves taking more care during the repair and disposal of HVAC systems, as well as designing systems to be more resilient of leaks in the first place. Recycling methods are also beneficial to ensure that where possible, these gases are captured rather then simply vented to the atmosphere. Enforcement on a broad scale remains a challenge.

Sometimes, it’s better to avoid the problem entirely. A transition away from using refrigerants like HFC-134a is in progress. The EPA has legislated that all light vehicles manufactured or sold in the USA by model year 2021 must no longer use HFC-134a. Instead, alternatives like HFO-1234yf, HFC-152a, and R-744 will be legal. The first two are mildly flammable, while the latter is simply another name for good old CO2. These refrigerants will require different technology to existing air conditioners. CO2-based systems in particular needing to operate at up to 10 times the pressure of traditional systems. However, progress in technology should allow these gases to take over, reducing the impact these refrigeration gases have on global warming.

CO2 is still the primary greenhouse gas, but it’s not the whole story. We’ve looked at a wide variety of chemicals, each with their own important roles and impact on the Earth’s atmosphere. This highlights the fact that there’s no single panacea to heading off global warming; instead, a broad spectrum approach across all aspects of human endeavour is required.

Halting the impacts of these chemicals is difficult, and will require decisive action by both government bodies, as well as cooperation from relevant industries. In some cases, there are additional gains to be had, while in others, the solution comes with high costs and painful changes. We engineered ourselves into this situation, so we can probably engineer ourselves out. Regardless, if humanity is to flourish in the next century, there remains much work to be done.