Join Hackaday for the vanguard of cool emerging technologies next week at our meetup in New York.

Like all our meetups, we’ve gathered some of the neatest technologists to spill the beans on what they’re doing and how they’re doing it. Madison Maxey, founder of Loomia and designer of soft, blinky circuits will be there. Dr. Ellen Jorgensen, co-founder and executive director of Genspace, the citizen science biotech ‘hackerspace’ in the heart of New York will be there too. Kari Love & Matthew Borgatti of Super-Releaser, most famous for their super cute pneumatic soft robots will also be there. It’s still up in the air if we’ll be racing these robots. Of course there will also be opportunities for you to present a lightning talk at the meetup. 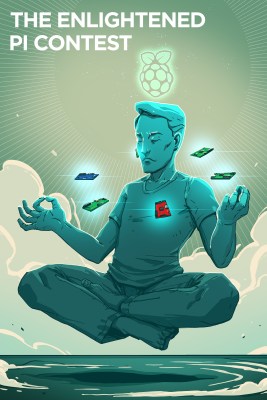 The meetup will be at Pivotal Labs, 625 Ave of the Americas, on Monday, October 24 starting at 6:30 PM. An RSVP is required, so if you’re coming head on over to the Meetup page.

A lot of people have already signed up for the Show and Tell but we do still have some time left for your project. Email sophi@hackaday.com to get on the list.

On the eve of the New York Maker Faire, Hackaday is throwing a meetup in the heart of Manhattan. Join us next Thursday for a low-key get-together, a few talks on assistive technologies, and a demo of the coolest new tool in recent memory.

Although these meetups are highly informal (and bringing some of the cool stuff you’ve built is encouraged), we do have a few speakers lined up. Holly Cohen and John Schimmel of DIYAbility are speaking about using homebrew devices for making everyone’s life easier. Johnny Falla of the Enable Community Foundation will give a talk about using 3D printing technology to make hyper-affordable prosthetic devices for underserved populations. Chad Leaman will be representing the Neil Squire Society and will speak about using technology to empower people with disabilities.

As always, snacks and drinks will be provided, and like all Hackaday meetups, bring some cool gear or whatever project you’re working on along with you. This bring-a-hack isn’t a competition, but if it was, we know who would win. Nisan Larea will be attending the meetup, demoing the Wazer desktop waterjet cutter. We caught a glimpse of this machine in San Francisco, and it’s amazing. If you want to see the Wazer waterjet before Maker Faire, this is your chance.

This month’s Hackaday NYC meetup will be at Pivotal Labs, 625 Avenue of the Americas, on Thursday, September 29. It would be really, really cool if you could RSVP beforehand.

This is Hackaday’s pre-game for the World Maker Faire. We’ll be attending, scoping out all the coolest projects and products from this year’s NYC Maker Faire. Find one of the Hackaday crew at the faire, and we’ll hook you up with some swag.