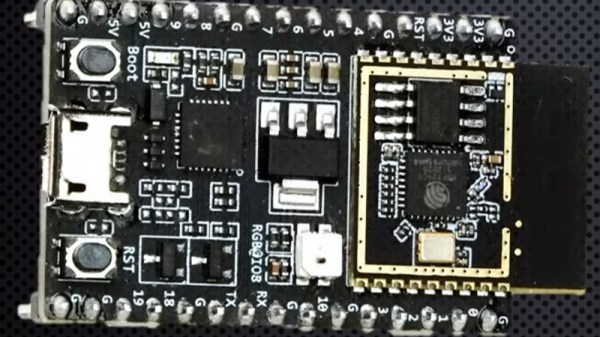 It’s an exciting time in the world of microprocessors, as the long-held promise of devices with open-source RISC-V cores is coming to fruition. Finally we might be about to see open-source from the silicon to the user interface, or so  goes the optimistic promise. In fact the real story is considerably more complex than that, and it’s a topic [Andreas Speiss] explores in a video that looks at the issue with a wide lens.

He starts with the basics, looking at the various layers of a computer from the user level down to the instruction set architecture. It’s a watchable primer even for those familiar with the topic, and gives a full background to the emergence of RISC-V. He then takes Espressif’s ESP32-C3 as an example, and breaks down its open-source credentials. The ISA of the processor core is RISC-V with some extensions, but he makes the point that the core hardware itself can still be closed source even though it implements an open-source instruction set. His conclusion is that while a truly open-source RISC-V chip is entirely possible (as demonstrated with a cameo Superconference badge appearance), the importance of the RISC-V ISA is in its likely emergence as a heavyweight counterbalance to ARM’s dominance in the sector. Whether or not he is right can only be proved by time, but we can’t disagree that some competition is healthy.

Take a closer look at the ESP32-C3, with our hands-on review.