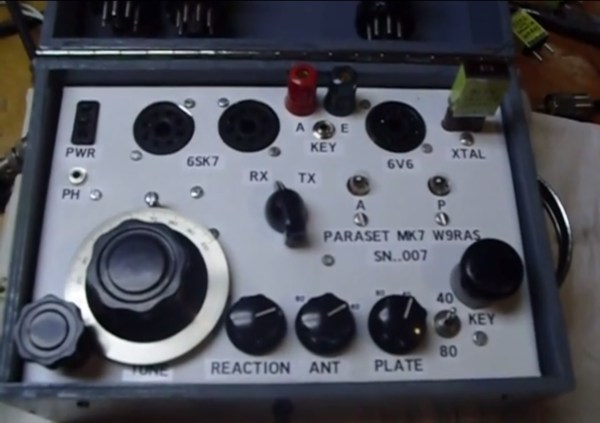 [Robert Sumption] a.k.a [W9RAS] takes on the daunting challenge of building a WWII spy radio called the Paraset as the topic of this week’s Retrotechtacular. It was originally a tube based CW (Morse code) transmitter/receiver used by the French underground to communicate with the Allies. Many of these radios were dropped behind enemy lines and could run on European AC or 6 V DC with the added advantage of being able to use most anything for an antenna, including fence wire. These small, low power and highly mobile radios tuned in the 3 to 8 MHz range were instrumental in the resistance. But they still make for a really fun scratch-built radio project.