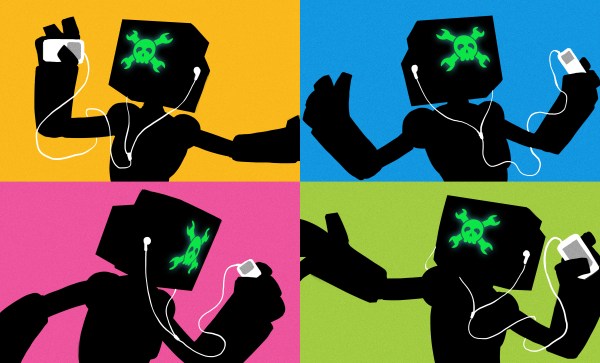 On October 23rd of 2001, the first Apple iPod was launched. It wasn’t the first Personal Media Player (PMP), but as with many things Apple the iPod would go on to provide the benchmark for what a PMP should do, as well as what they should look like. While few today remember the PMP trailblazers like Diamond’s Rio devices, it’s hard to find anyone who doesn’t know what an ‘iPod’ is.

Even as Microsoft, Sony and others tried to steal the PMP crown, the iPod remained the irrefutable market leader, all the while gaining more and more features such as video playback and a touch display. Yet despite this success, in 2017 Apple discontinued its audio-only iPods (Nano and Shuffle), and as of May 10th, 2022, the Apple iPod Touch was discontinued. This marks the end of Apple’s foray into the PMP market, and makes one wonder whether the PMP market of the late 90s is gone, or maybe just has transformed into something else.

After all, with everyone and their pet hamster having a smartphone nowadays, what need is there for a portable device that can ‘only’ play back audio and perhaps video?

END_OF_DOCUMENT_TOKEN_TO_BE_REPLACED

Over at the ArchosFans.com forums, [grond] has posted some screenshots of his cracked archos 5th generation. Using a custom bootloader, they’ve unlocked the ability to swap hard disks as well as some hidden plugins. The plugins seem to be used mainly for dev tools, like core dumps and screenshots, but this opens the door to possible future homebrewed plugins.