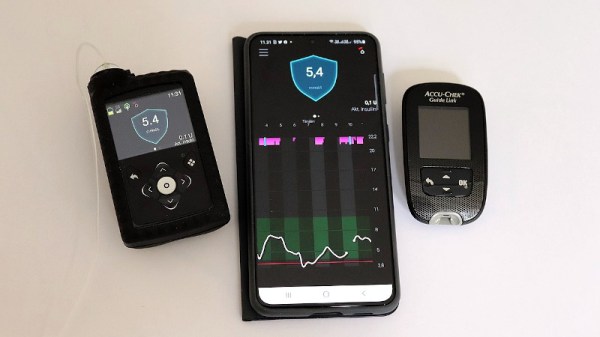 A substantial part of gaining and holding an amateur radio licence relates to the prevention of radio interference. In days past this meant interference to analogue television broadcasts, but with ever more complex devices becoming commonplace in homes it applies to much more. This has hit the news in Marion County Florida, where a radio amateur in a senior’s community has shut down his radio station after a potential link emerged between it and another resident’s insulin pump. There is a legal challenge ongoing that relates to the complex’s rules over transmitting antennas.

It’s obviously a serious occurrence for an insulin pump to be affected by anything, and it sounds as though the radio amateur concerned has done the right thing. But it’s clear that something has gone badly wrong in this case whether it’s due to the amateur radio transmissions or not, because for a manufacturer to produce a medical device so easily affected by RF fields should be of concern to everyone. We’d hope that the FCC might take an interest in this story and get to the bottom of it in an impartial manner, because whether it’s the radio amateur at fault, the insulin pump, or something else entirely, it presents a risk to anyone dependent upon such a device.

Perhaps this might also be a case for the ARRL, as we’ve reported before they have some form when it comes to radio investigations.