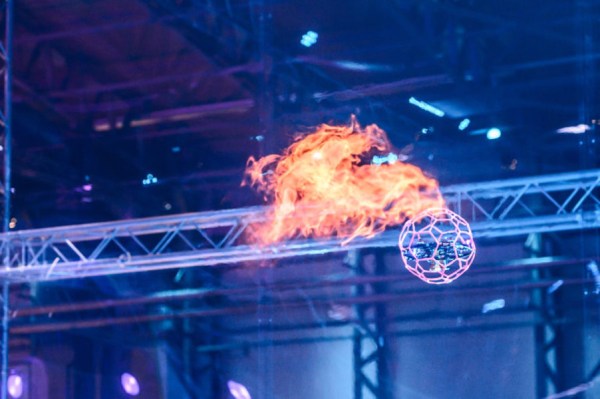 If you’re too young to remember Battlebots on the television, there are two things that you should know. First is that there are plenty of highlights of this epic robot battle royale on YouTube, and the second is that now there’s an even better version with drones instead of robots merely confined to land. It’s called DroneClash 2019, and it looks like it was amazing.

Not only were the robots set up in a box and asked to battle each other, they first had to navigate down a corridor with anti-drone measures. The drones have to make it through and into a battle royale in the final room. If this wasn’t good enough, the event was opened by a prince of the Netherlands and is put on by a university.

This is an annual event to push the state of the art in drone and anti-drone tech, but we’d be happy to see it optioned for a TV show. If it doesn’t, you might be satisfied with a giant human-driven robot competition from a while back, or maybe just head down the rabbit hole of old Battlebots clips.