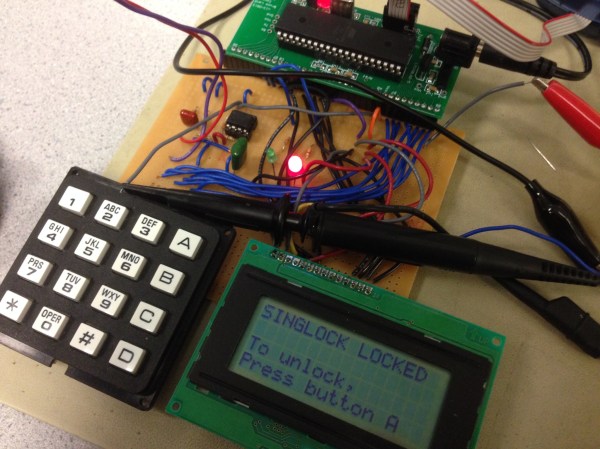 Two Cornell students have designed their own multi-factor authentication system. This system uses a PIN combined with a form of voice recognition to authenticate a user. Their system is not as simple as speaking a passphrase, though. Instead, you have to sing the correct tones into the lock.

The system runs on an ATMEL MEGA1284P. The chip is not sophisticated enough to be able to easily identify actual human speech. The team decided to focus their effort on detecting pitch instead. The result is a lock that requires you to sing the perfect sequence of pitches. We would be worried about an attacker eavesdropping and attempting to sing the key themselves, but the team has a few mechanisms in place to protect against this attack. First, the system also requires a valid PIN.  An attacker can’t deduce your PIN simply by listening from around the corner. Second, the system also maintains the user’s specific voice signature.

The project page delves much more deeply into the mathematical theory behind how the system works. It’s worth a read if you are a math or audio geek. Check out the video below for a demonstration. END_OF_DOCUMENT_TOKEN_TO_BE_REPLACED