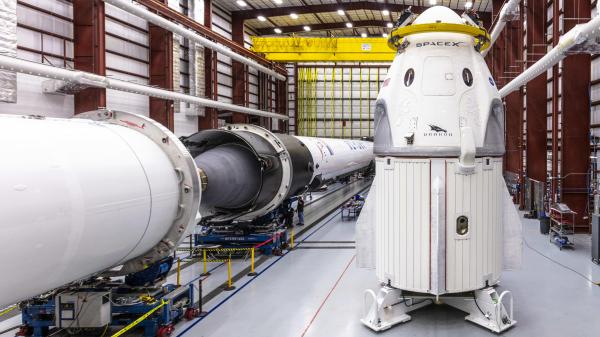 SpaceX has always been willing to break from aerospace tradition if they feel there’s a more pragmatic solution. Today this is most visible in their use of standard construction equipment like cranes in their Starship development facility. But the same focus on problem solving can also be found in their software parts we don’t see. Recently we got two different views behind the scenes. First, a four-part series about “software in space” published by StackOverflow blog, followed quickly by an Ask Me Anything (AMA) session on SpaceX Reddit.

Some of the StackOverflow series cover ground that has been previously discussed. Mostly in the first part dealing with their workhorse Falcon and Dragon vehicles, and some in the second part discussing Starlink whose beta program is reaching more and more people. Both confirmed that spaceflight software has to meet very stringent requirements and are mostly close to the metal bespoke C++ code. But we receive fascinating new information in part three, which focuses on code verification and testing. Here they leverage a lot of open source infrastructure more common to software startups than aerospace companies. The fourth and final component of this series covers software to support SpaceX hardware manufacturing, which had been rarely discussed before this point. (Unfortunately, there was nothing about how often SpaceX software developers copy and paste code from StackOverflow.)

The recent Reddit AMA likewise had some overlap with the SpaceX software AMA a year ago, but there were new information about SpaceX work within the past year. There was Crew Dragon’s transition from a test to an operational vehicle, and the aforementioned Starship development program. Our comments section had a lot of discussion about the practicality of touchscreen interfaces in real spacecraft, and here we learn SpaceX put a lot of study into building something functional and effective.

It also showed us that essentially every Sci-Fi Movie Interface was unrealistic and would be unreadable under extreme conditions.

In the course of this research, they learned a lot of pitfalls about fictional touch interfaces. Though to be fair, movie and television spacecraft UI are more concerned about looking cool than being useful.

If the standard AMA format is not to your liking, one of the contributors compiled all SpaceX answers alongside their related questions in a much more readable form here. And even though there’s an obvious recruiting side to these events, we’re happy to learn more about how SpaceX have continued to focus on getting the job done instead of rigidly conforming to aerospace tradition. An attitude that goes all the way back to the beginning of this company. 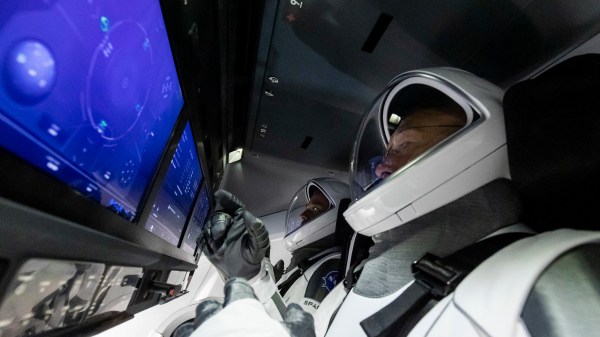 The touchscreen interface aboard SpaceX Crew Dragon is just one of its many differences from past space vehicles, but those big screens make an outsized visual impact. Gone are panels filled with indicator needles in gauges, or endless rows of toggle switches. It looked much like web interaction on everyday tablets for good reason: what we see is HTML and JavaScript rendered by the same software core underlying Google’s Chrome browser. This and many other details were covered in a Reddit Ask Me Anything with members of the SpaceX software team.

Various outlets have mentioned Chromium in this context, but without answering the obvious follow-up question: how deep does Chromium go? In this AMA we learn it does not go very deep at all. Chromium is only the UI rendering engine, their fault tolerant flight software interaction is elsewhere. Components such as Chromium are isolated to help keep system behavior predictable, so a frozen tab won’t crash the capsule. Somewhat surprisingly they don’t use a specialized real-time operating system, but instead a lightly customized Linux built with PREEMPT_RT patches for better real-time behavior.

In addition to Falcon rocket and Dragon capsule, this AMA also covered software work for Starlink which offered interesting contrasts in design tradeoffs. Because there are so many satellites (and even more being launched) loss of individual spacecraft is not a mission failure. This gives them elbow room for rapid iteration, treating the constellation more like racks of servers in a datacenter instead of typical satellite operations. Where the Crew Dragon code has been frozen for several months, Starlink code is updated rapidly. Quickly enough that by the time newly launched Starlink satellites reach orbit, their code has usually fallen behind the rest of the constellation.

Finally there are a few scattered answers outside of space bound code. Their ground support displays (visible in Hawthorne mission control room) are built with LabVIEW. They also confirmed that contrary to some claims, the SpaceX ISS docking simulator isn’t actually running the same code as Crew Dragon. Ah well.

Anyone interested in what it takes to write software for space would enjoy reading through these and other details in the AMA. And since it had a convenient side effect of serving as a recruiting event, there are plenty of invitations to apply if anyone has ambitions to join the team. We certainly can’t deny the attraction of helping to write the next chapter in human spaceflight.