We’ve seen the first version of the Tessel a few years ago, and it’s still an interesting board: an ARM Cortex-M3 running at 180MHz, WiFi, 32 Megs of both Flash and RAM, and something that can be programmed entirely in JavaScript or Node.js. Since then, the company behind Tessel, Technical Machines, has started work on the Tessel 2, a board that’s continuing in the long tradition of taking chips from WiFi routers and making a dev board out of them. The Tessel 2 features a MediaTek MT7620 running Linux built on OpenWRT, Ethernet, 802.11bgn WiFi, an Atmel SAMD21 serving as a real-time I/O coprocessor, two USB ports, and everything can still be controlled through JavaScript, Node, with support for Rust and other languages in the works.

Instead of going the usual route and determining the future of Tessel through market research and the apparent pragmatism of whoever happens to be in charge, this week Technical Machines did something wonderful: the ownership and direction of the Tessel Project is now independent of Technical Machine. This makes Tessel a completely open source and community driven platform for I0T, robots, and whatever else would benefit from an open source community disconnected from hardware.

The Tessel project is completely disconnected from manufacturers, something the Arduino project has been struggling with for the last few years, unbeknownst to most of the founders for most of that time. It’s a boon for the open source community, and something that should see an incredible uptake in the next few months. 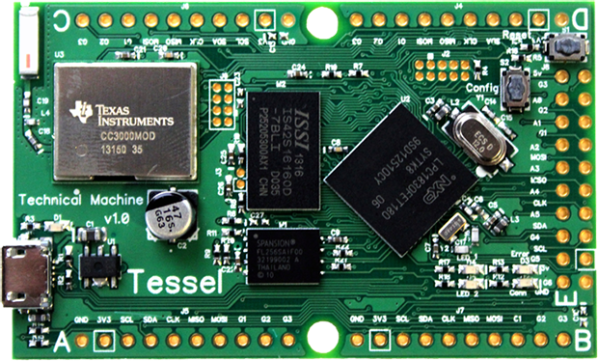