Part of our whirlwind UK visit took us to Cambridge, where we had the joyous opportunity to check out Cambridge Makespace. The main space was formerly part of the Institute for Manufacturing Robot Lab at Cambridge University, so it has a long heritage of supporting engineering innovation. END_OF_DOCUMENT_TOKEN_TO_BE_REPLACED 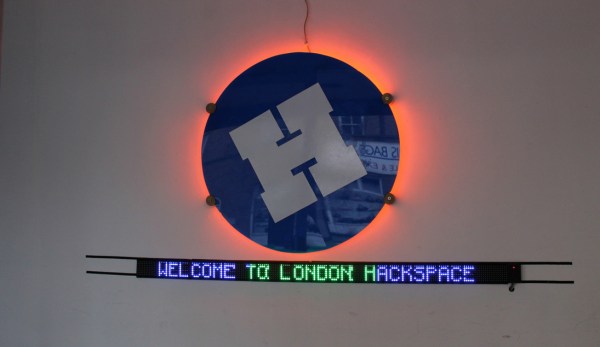 On the way back from Hackaday Munich a couple of us got the chance to stop off in the UK, so we thought we’d take the opportunity to visit London Hackspace. With close to 1100 members and more than 6500 sq ft of space over two floors, it has to be one of the largest hackerspaces we’ve seen. [Russ Garrett] and [Jasper Wallis] were kind enough to show us around.  END_OF_DOCUMENT_TOKEN_TO_BE_REPLACED

The UK Southampton Makerspace, So Make It, has just moved into its first dedicated space, and are holding a grand opening on February 1st!

They have officially been around since early 2013, when they shared a 500sqft space in the back of a bicycle shop warehouse. It wasn’t much, but it was a pretty good temporary home. Toward the end of 2013, they realized they were big enough to justify a private space and decided to try crowd funding. They were fairly successful in raising the startup cash.

Let all of us from Hack a Day (and you!) be the first to congratulate So Make It on acquiring their own private space!

Do we have any Southampton readers in our midst? If so, stick around after the break for full details from So Make It on when and where you can join in the festivities!